Here at Deadlock, we typically like to keep things more lighthearted, comedic, and unique. More specifically, I like to look at things from within the world of wrestling when writing my articles about wrestlers, groups, and matches. But today, I’m afraid I’m gonna have to break that rule.

Hana Kimura passed away on May 23rd, 2020 as a result of suicide. She was 22 and was one of the most popular wrestlers on the Stardom roster. But her popularity doesn’t matter. Her incredible in-ring skills do not matter. Wrestling does not matter. A 22-year-old woman lost her life far too soon for no just reason, and writing this is quite honestly the most healthy way I think I can cope with that. So today I’m not gonna write about Hana’s character. I’m not gonna talk about any of her rivals, her story arcs, or anything like that. I am just gonna talk about Hana. I think it might ease my mind, and I’m hoping it might ease yours too – even if it is just the tiniest bit.

Hana Kimura has been an entertainer for a lot of her life. From the fabled story of her 8-year-old self winning the DDT Ironman Heavymetalweight Championship back in 2005, to her many years spent as a dancer, Hana was quite good in front of a crowd. After studying dance for all four years of high school, Hana went on to pursue a career in professional wrestling. However, Hana ended up losing interest in dance and started training to become a wrestler to follow in the footsteps of her mother, Kyoko Kimura. Due to her mother’s constant involvement in wrestling during her upbringing, Hana was not a fan of the idea of being a professional wrestler for the majority of her life. When it came time to decide what she would do for a living, however, the thought of Dancing as a job turned her off from the art and started training to be a wrestler at the Wrestle-1 Dojo.

When it came to physicality, Hana was far from a prodigy during her early days of training. She once told the story of how on the first day of training, she was too afraid to do a handstand in the ring. When it came to charisma, on the other hand, Hana was quite the natural from the very beginning. You can look back at some of Kimura’s earliest matches, and while her in-ring skill might have still been growing, her presence within the ring was magical, and that only grew as half a decade of hard work, passion, and dedication went by.

Hana Kimura was a one of a kind human being. Now, I’m not gonna pretend that I knew Hana personally – In fact, I unfortunately never even got the chance to meet her in person – but the stories you hear from people who have gotten the chance to meet her and share the ring with her speak volumes as to what kind of person she is. You can find stories all over the internet of how nice of a person she was to fans, and how helpful she was to Gaijins who would tour Japan with Stardom. One of my personal favorite stories comes from @AHROOMEE on twitter. She said:

“The first time I met Hana she was still freelancing and when I told her that I’m [Indonesia], she literally went around her table to hug me and kept saying, “MY FAMILY!” She didn’t have to do that but she did it anyway. And she made sure everybody had a nice experience.”

This story warms my heart for many reasons. The main one is just how much Hana cared about her fans. Her inviting energy and genuine interest in talking to her supporters is something that I also wished I could experience for myself. Arrum went on to mention her second time meeting Hana a while later, where she was near the end of the line and the merchandise tables were soon to be closed. Despite the rush for time, Hana made sure to have a nice conversation with her before Arrum left. This kindness and dedication was clearly not forgotten by her fans, and will not be forgotten anytime soon.

Hana Kimura will forever go down as one of the most eye-catching professional wrestlers of this era. If you ask the majority of Western Stardom fans who the first person that sparked their interest was, it was Hana Kimura… Including me. Back at Ring of Honor’s BITW 2018, Oedo Tai made one of their few PPV appearances in the company in an eight-woman tag team match. Watching the show unaware of what Joshi even was (or even how to pronounce it for that matter), I was instantly intrigued by this girl dressed in a kimono with jet black hair and matching lipstick. I looked up the words “Stardom Hana Kimura” and fell down the rabbit hole of pre-match promos and match highlights for weeks until I finally subscribed to Stardom-World. And the rest, as they say, is history.

The point in me telling that story was to say that Hana Kimura touched the people who saw her on the screen. I’d be a fool not to mention was the Tokyo Cyber Squad slogan: Everyone Is Different, Everyone Is Special. A kind of odd catchphrase for a bunch of kick-ass cyber goths at first glance, but in the end that phrase sums up who I believe Hana Kimura truly was. She was different, she was kind, she was unique, she was vibrant, and she was beautiful. Most importantly: She was human.

I spend a lot of my time writing about wrestlers and their characters, it’s what one day I want to make a legitimate living off of, but this travesty further enforces just how necessary it is to remember that behind every character, there is a human. A human with emotions, thoughts, and problems that you cannot see through a screen. We lost Hana due to repulsive abuse due to her role on a reality show that I honestly don’t even want to mention by name. “Fans” do not know how much the things they say affect people, no matter how big or how small. And now, we will never get to see a wonderful woman who had offered her life to the world entertainment reach her true potential. As a fan, I am devastated, but as a human, I am angry.

To Hana, we will never forget about you

Until we meet again <3 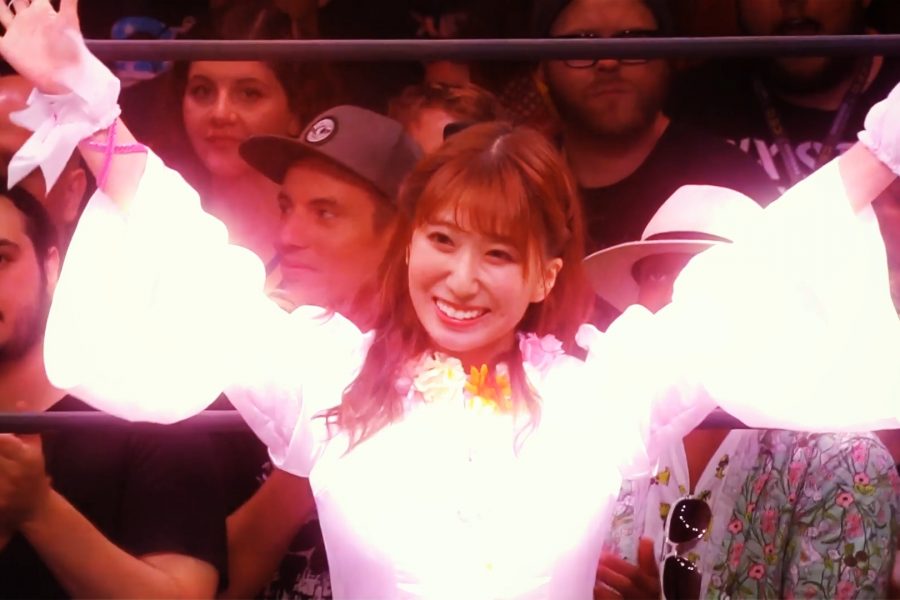 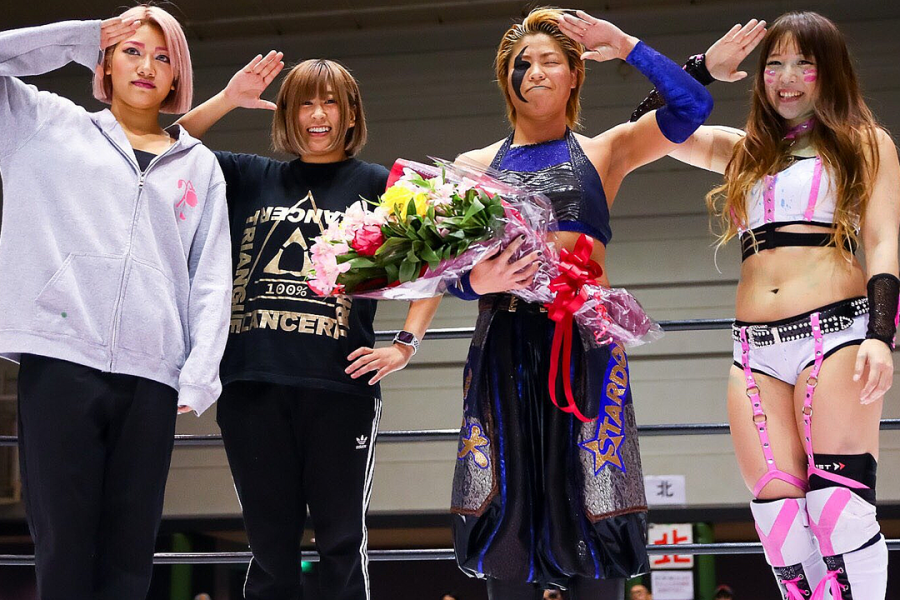 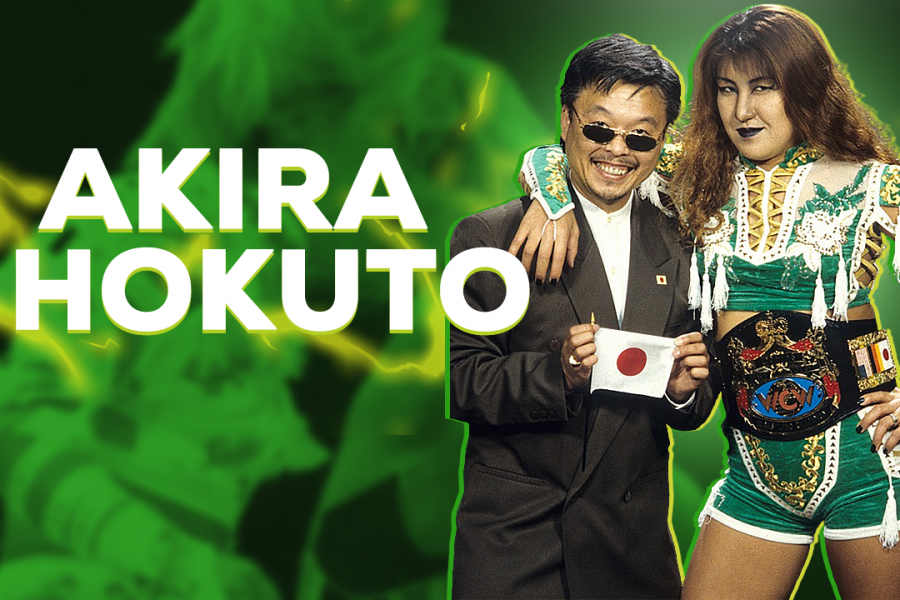