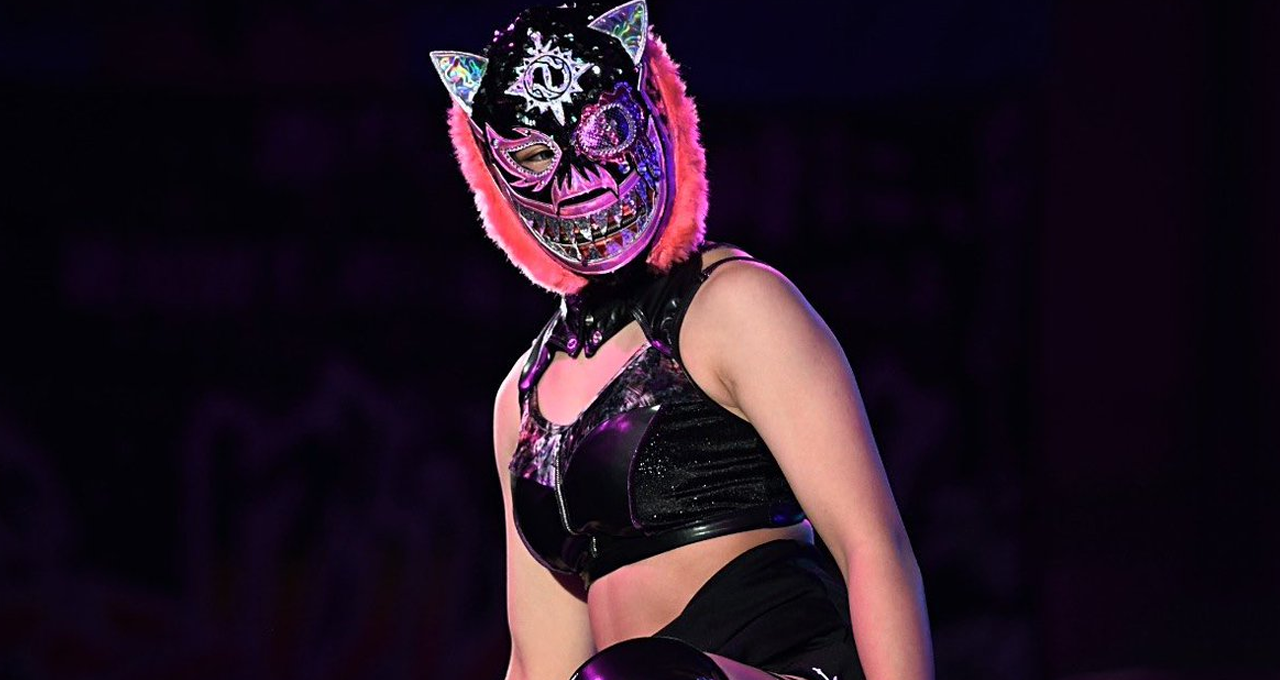 For people who are just getting into joshi wrestling, it often comes as a shock just how young the average roster is in today’s landscape. With a large number of wrestlers starting their careers in their teens and retiring before the age of 30, the age-range is widely different from that of a western independent wrestler’s average career-span. One reason for this is that back in the late ’70s and ’80s, joshi wrestling was primarily targeted towards young teenage girls in Japan. This, along with All Japan Women having a mandatory retirement age of 26 years old, made it extremely common for teenage girls to tryout and start wrestling at the early age of 15, sometimes instead of going to high school altogether. While AJW removed their upper-limit in the mid-’90s, many joshi promotions continued to train and book girls from a young age.

Despite recently raising the minimum tryout age to 15 years old, World Wonder Ring Stardom is often recognized for its ultra youthful roster and rightfully so; The company has less than 5 wrestlers over the age of 26 signed to an exclusive deal. This early entry into the world of wrestling has proven to be a major success for some competitors, such as someone like Momo Watanabe who is a bonafide main event star at the early age of 20 years old. However, I don’t think anybody personifies the idea of a “grizzled young vet” quite like Momo’s Queen’s Quest stablemate, AZM.

AZM, at 17 years of age, is one of the most experienced wrestlers on the Stardom roster. Having her first match soon after her 11th birthday back in 2013, AZM is second only to Mayu Iwatani when it comes to tenure within the company. Over this time, AZM has gone from the star of the undercard as the head of her “Azumi Army” to the senior commander of Queen’s Quest and a standout high-speed performer.

Starting her training at the early age of 9 years old, AZM would begin to compete in short exhibition matches at the age of 11. Due to her age, these matches would often be no longer than 5 minutes long and would not happen on a consistent basis for the first couple years of her career. This led to AZM displaying her surprising amount of charisma as she would create the aforementioned “Azumi Army” alongside various circulating members, most specifically joshi legend and high-speed stalwart Kaori Yoneyama in 2016. While the makeshift group didn’t last very long, it did allow AZM a chance to display her personality through her comical interactions with other undercard talents on the roster.

AZM’s time teaming with Kaori Yoneyama also helped to produce the AZM that we know in the ring today. From a young age, AZM was competing against and alongside some of the fastest wrestlers that Stardom had to offer. Beyond just her time working with Yoneyama, AZM also started her career wrestling with the likes of Mayu Iwatani, Io Shirai and the ‘Queen of High Speed’ herself, Natsuki Taiyo. AZM talked about how Taiyo specifically had a profound impact on her path and goals in a ShuPro interview last year.

“[Natsuki Taiyo] was so fast I couldn’t keep up with her. I thought that was really cool. Since I debuted as a junior school student, I’ve been criticized lots…“aren’t you making light of pro wrestling.” I want to get my own back on them, so in order to do that I want to match Taiyo-san’s high speed, and I’m still sticking with pro wrestling.”

Along with explaining AZM’s desires to become the fastest wrestler on the roster, this interview also displays just how dedicated to professional wrestling the young star is. Before entering high school, “QQ’s Bomb Girl” made the decision to select courses that wouldn’t interfere with group training or touring shows, making her a full-time wrestler at the age of 15. Through this more frequent training, AZM has become recognized as an exceptional sponge for information by her peers. This is likely the reason for former Stardom wrestler and trainer Kagetsu’s love for “AZM-chan” throughout the last year of her career. In a 2019 blog, Kagetsu was quick to express her admiration for AZM’s work ethic and attentiveness in training and during shows. Long story short: AZM isn’t just a student of the game, she is the f*cking game.

All this time and effort hasn’t gone unrewarded as in 2019, AZM became the 2nd youngest wrestler to ever compete in the 5STAR Grand Prix and the youngest to win the ‘Best Technician Award’ at the end of the tournament. In a display of her high-speed prowess, AZM was able to gain this technical honor despite clocking in at under 50 minutes of total match time across her 8 matches. This impressive achievement once again brings up AZM’s strength as a high-speed wrestler. Actively hunting the High Speed Championship for well over a year now, AZM has quickly become a standout of the revived ‘High Speed Division’ alongside her career-long rival Starlight Kid and the now-retired Hazuki. AZM has stood out even more since the beginning of 2020 with her creating the first-ever ‘High Speed Grand Prix’ to determine a challenger for Riho’s High Speed Championship.

Now, due to COVID-19 canceling Stardom shows until at least early May, the High Speed Grand Prix has been all but derailed with two out of five of its participants returning to America in March. This leaves AZM and Starlight Kid as the only possible winners of the tournament if it is not canceled altogether, and honestly, I don’t think that is a bad thing. AZM’s rivalry with Starlight Kid has been one of the most consistent stories in Stardom over the past few years and is undoubtedly a rivalry that will carry the High Speed Division into the coming years. Kid, who debuted back in 2015, has always been presented as the antithesis of AZM and vice versa. While Starlight Kid is a pure babyface who is heavily influenced by the lucha style, AZM is a hyper-aggressive technician who also has the undying love of taunting her opponents. These opposing styles have proven to mesh very well with one another over the years. From their battles for the Future of Stardom Championship to their rare tag-team outings alongside one another, AZM and Kid have magical chemistry unlike anyone else on the roster.

At the end of the day, AZM could easily be considered one of the greatest young wrestlers in the world. However, winning the High Speed Championship is quite possibly the thing to cement that as a fact without a shadow of a doubt. While AZM is no longer eligible to break the record of youngest High Speed Champion of all time, winning the championship from Riho would be a huge accomplishment nonetheless. Since she started working with Stardom, Riho has never been pinned or submitted inside the Stardom ring, meaning that the person to finally beat her will have a huge win under their belt when they do so. Now could be AZM’s time to complete her high-speed quest and with it the proof of just how good the ‘Kid Genius’ really is.

A Tribute To Hana Kimura 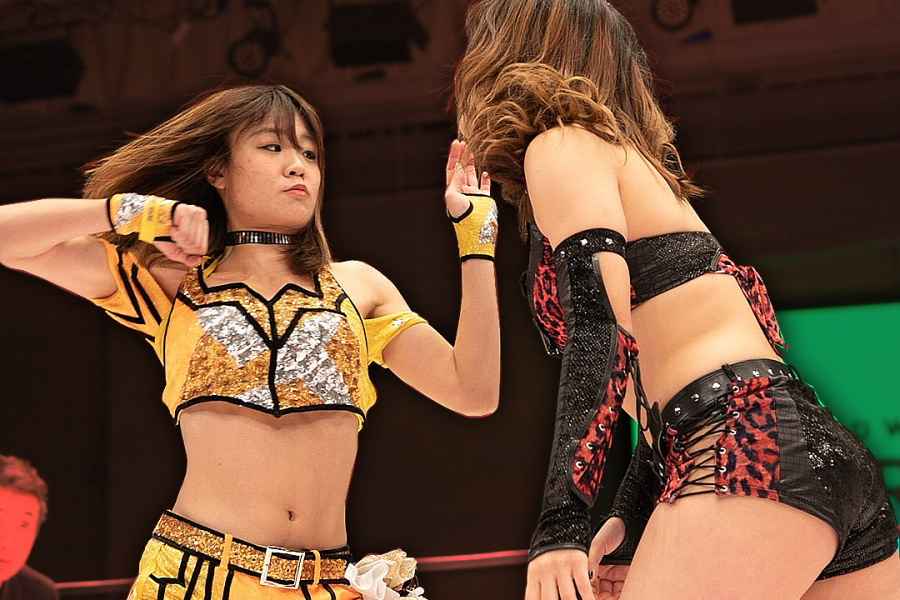