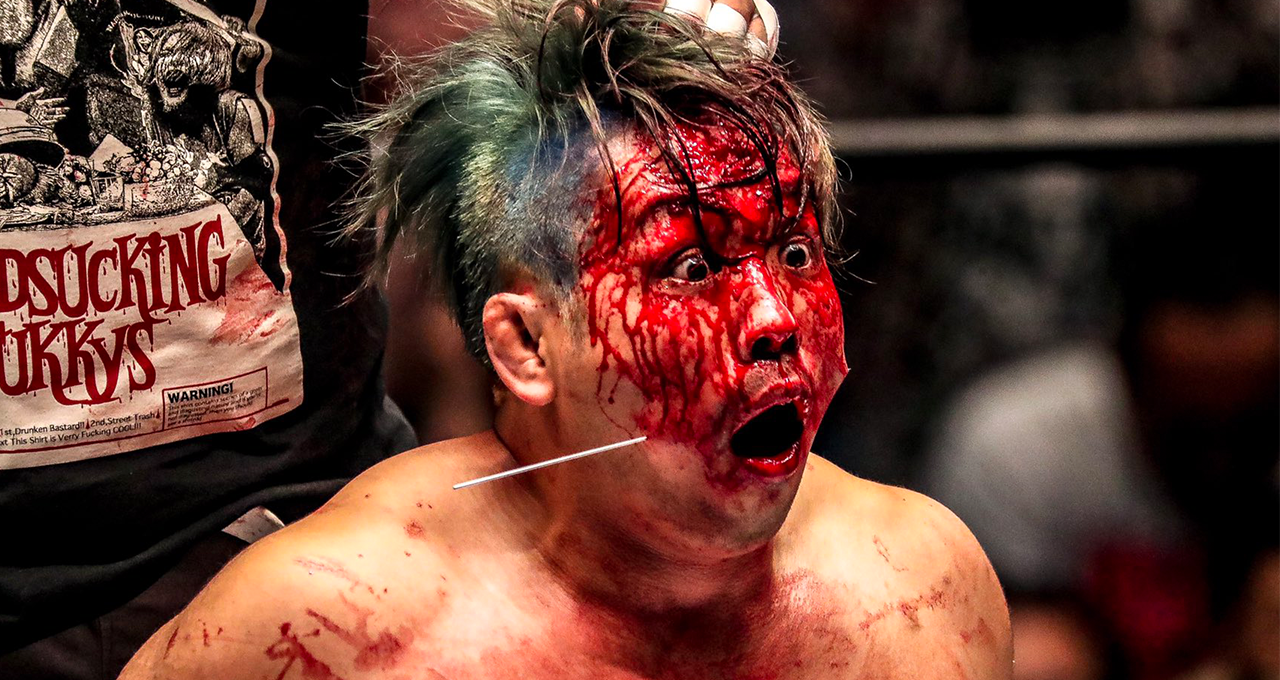 Legendary deathmatch wrestler Jun Kasai took to the mic on November 21st last year, following his match in Pro Wrestling FREEDOMS, to make a sudden, teary-eyed announcement – he had sustained a cervical hernia injury during the summer and over the previous months this had worsened ultimately forcing him to take an indefinite hiatus from the ring. Later on backstage, he would also add that his doctor had shockingly told him he had the hip and neck bones of a 75-year old, something that was no doubt startling to hear, but unsurprising, given the endless dangerous stunts he had pulled over the last 20 years of his career.

There’s a reason the average wrestling fan has likely seen or at least heard of Kasai’s exploits. From Korakuen Hall balcony dives to bumps on blades that have scarred and molded his back into the shape it takes today, Kasai has done it all. The Crazy Monkey’s news came as a grave reminder to myself and the deathmatch community that even the biggest icons we have had the honor to witness are still mortal at the end of the day – and that there’s always going to be a final match.

In fact, taking a wider look at the Japanese deathmatch scene, the majority of cards today are still headlined by men now in their late thirties and forties – the likes of Isami Kodaka, Yuko Miyamoto, Ryuji Ito, Abdullah Kobayashi, and even Jun Kasai himself. This is deserved, by all means, as this generation has given us classic match after classic match for well over a decade where many of them still perform today as well as they did in the mid-2000s, if not better. Even the untouchable Masashi Takeda, at the age of 34, is still 11 years deep into his career with chest scars perhaps more eye-catching than any other veteran’s. To suggest his retirement is coming soon would be laughable, but there is still a problem at hand – if you fast forward five to ten years, it’s honestly quite tough to predict who will take these spots on the cards. Will Takashi Sasaki’s FREEDOMS rookies be established stars in only a few years’ time? Will Big Japan have inspired any younger hopefuls to take the bloody route? Can we expect Shadow WX’s new start-up MLW to last? Simply put, it seems the Japanese deathmatch scene is lacking stars to take them forward through the 2020s.

2019 was a breakout year for many Japanese wrestlers on an international scale. Much of this can be attributed to the debut of All Elite Wrestling showcasing once obscure talents such as Hikaru Shida and Riho, but as far as deathmatches go? It was the year of the Psychopath Boy. Toshiyuki Sakuda stands at 5’1’’, dyed his hair blue (until recently, but I have hope it will return) and wears cute little checkered jorts to the ring. He also brings with him several thin metal skewers, perfect for painfully forcing through his opponent’s cheeks, from one side right through the other, a new take on the classic syringe spot. Intrigued yet? You should be.

Sakuda debuted in 2014 as a Big Japan Pro Wrestling rookie and built up his in-ring skills for a couple of years before taking his place in the deathmatch division of the company. Perhaps this was the smart decision, as otherwise he would’ve had to deal with heavyweights such as Daisuke Sekimoto and Yuji Okabayashi without a single weapon at his disposal to even the size disadvantage. It took a couple of years for Sakuda to find his footing with a pretty unsuccessful first Deathmatch Survivor run in 2017; by the time the tournament came around again last year he was a completely different man. Armed with skewers and a board of circular saws with light tubes in between them, 2019’s edition of the tournament resulted in some very strong outings with opponents such as Rickey Shane Page, and an extremely replayable bout with Masashi Takeda. Sakuda would reach the semi-finals this time but fall short in another great match to eventual winner, Isami Kodaka.

This run coupled with a challenge to Jun Kasai’s King of FREEDOMS World Championship the month before began to turn heads overseas, and before we knew it, Sakuda was booked to take part in Game Changer Wrestling’s Tournament of Survival 4. This was his first exposure to American audiences, and aside from his look, they knew little of what to expect when he entered the ring. A couple of skewers and a top rope Styles Clash bump through light tubes later, they were sold, with “please come back!” chants ringing out for him. A couple of months later, as GCW themselves debuted in Japan, Sakuda took part in a triple threat whose participants were promoted as the “future of deathmatches”, with Drew Parker and Jimmy Lloyd. To round out his incredible year, Sakuda would challenge Isami Kodaka, the man who had defeated him in the Deathmatch Survivor semi-final months before, for his Big Japan Death Match Heavyweight Title in September before flying out to Los Angeles in November in a return to GCW.

What is it that makes Toshiyuki Sakuda such an exciting young prospect? He is a wrestler of great skill that brings a very unique look and moveset to the table along with being a deathmatch innovator – garden gnomes and computer keyboards are just a few of the items that have been in his arsenal. Regardless, something that has stood out about Sakuda is the sheer amount of punishment he is willing to take. Despite being the owner of the skewers that are used in his matches, more often than not, he’s the guy that’ll feel them piercing through his skin. In terms of bumps, all you have to do is look at this GIF to get an idea of his lunacy. Equipped with high-flying offense and a finisher that can come out of nowhere, Sakuda is the full package, surely ready for his first singles title win sooner than later. The only question now is whether he is the right man to the lead his company – and the scene as a whole – into the next decade.

Luckily for Sakuda, the lack of new faces in the BJW deathmatch division recently have led to him facing seasoned veterans and deathmatch icons time and time again. The experience he is gaining from this is invaluable and fans can only have faith if a new crop of rookies surface, no matter how late, that this can be passed down to them. It will be beyond exciting to see where the next ten years take Toshiyuki Sakuda and as long as he is making his living by committing dangerous acts, I’ll be right there watching and cheering him on. 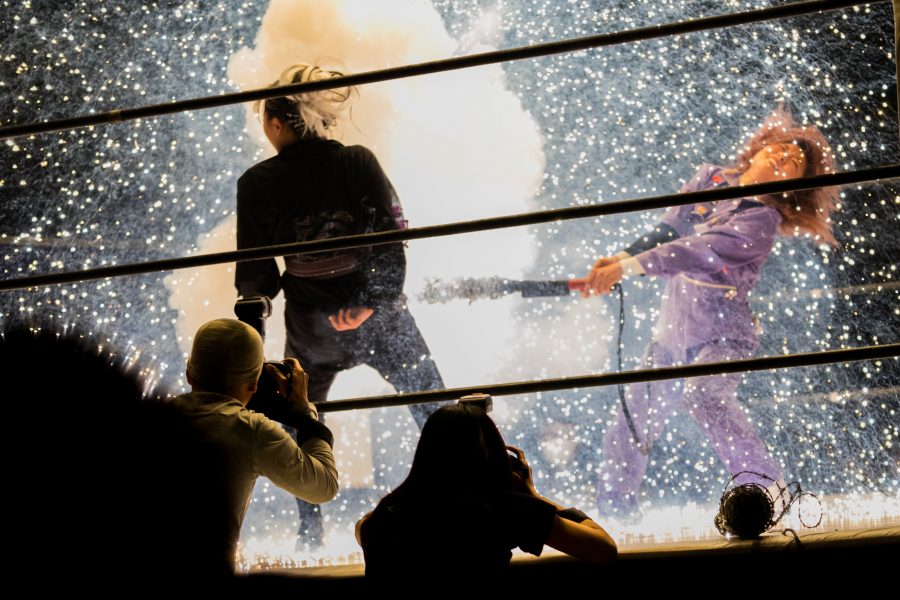 8 Deathmatch-Inspired Trends To Try This Fall 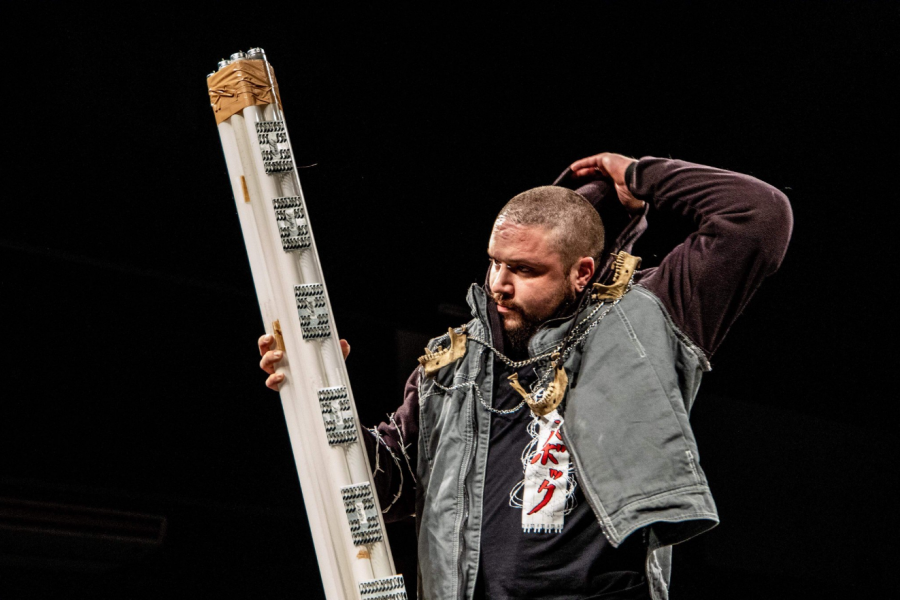 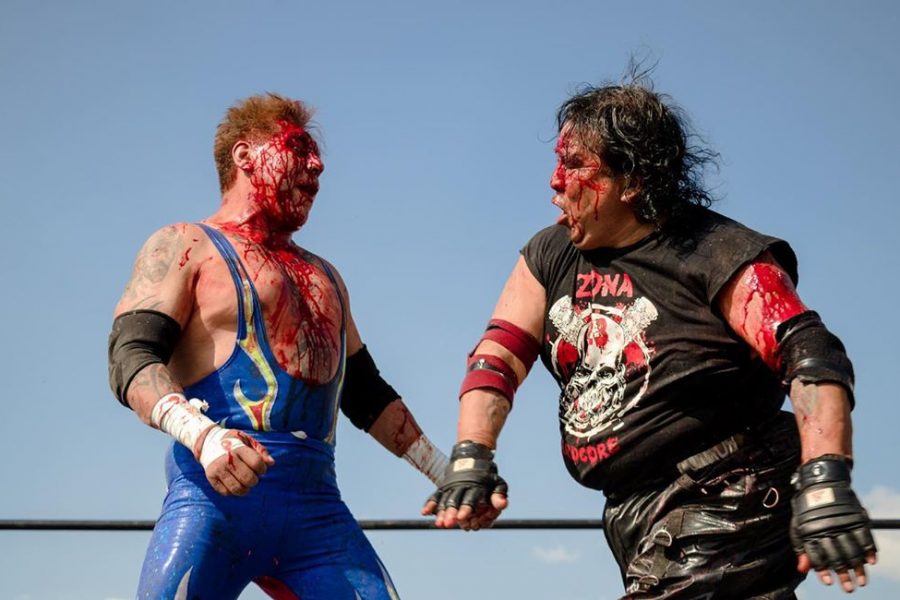 Atrocity Exhibition: The Rise of Zona 23