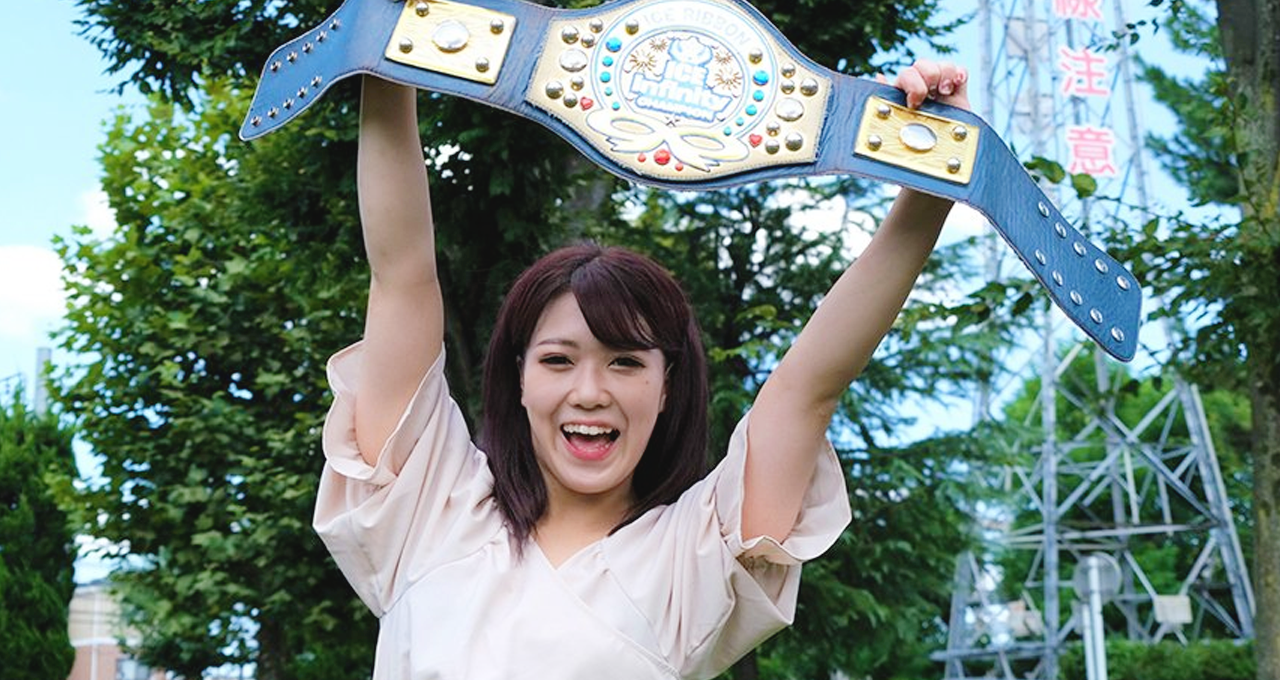 Suzu Suzuki summed up her feelings in five short words before breaking down in tears with the ICE×∞ belt wrapped around her waist—testament to winning the highest award of the women’s professional wrestling team, Ice Ribbon. Her title victory took place on August 9th at the Yokohama Cultural Gymnasium.

Suzuki, who became the 31st champion by defeating longtime, reigning champion Yukihi Maya, was born on September 15, 2002. She was 17 years and 10 months of age at the time of her title victory. Suzuki left her hometown of Miyagi immediately after graduating from middle school to join a professional wrestling team. She made her wrestling debut on December 31, two years ago. Her title victory just one year and 7 months into her career is further testament to her rapid ascent in the wrestling world.

Despite the speed of her success, she describes the journey to the top as being “a long road”. She sounded like a seasoned veteran when she described how “as I wrapped the belt around my waist, I saw leading up to that moment flash across my mind”. Her maturity and poise make sense when considering the “intensity” her early life compared to the average individual.

I hope to be a wrestler for as long as I can.

“When I see girls around me who are my age, I think of the typical high school girl. I’m more like ‘T…Tapioka? TikTok?’, or something like that. This is probably because I spend most of my time at the dorm, the training facility, or the team office. That being said, I’m glad to be able to live my life focusing solely on professional wrestling. There are some people who become wrestlers after going to college and working first. It is still possible to make your debut as wrestler in your 30s, but since I started earlier, I feel like I have an advantage in terms of my long-term career compared to other wrestlers.”

Her debut was originally scheduled to take place as the major event at the Yokohama Cultural Gymnasium on August 8th, but she fell off her bicycle just before the match and was forced to withdraw due to injury. This consequently ended up delaying her debut match. Her first official match would take place on New Year’s Eve of the same year.

In October of the following year, one of the team’s main wrestlers left the team. Although she wasn’t even a year into her career, Suzu proclaimed to her fans that she would “pull the weight for Ice Ribbon”. She made back-to-back challenges for the singles and tag team championship belts, but these attempts ended in losses. Her opponent in the tag match, the reigning champion and player’s union representative Fujimoto Tsukasa, called the new generation led by Suzu the “future of Ice Ribbon”.

Don’t try to hide who you are.

It was in March of this year that Suzu defeated Fujimoto, who had been the longtime face of the Ice Ribbon team. She then changed her costume color from pink to black, changing her image from that of “an entertaining rookie” to an “established athlete” ahead of her title challenge match against the champion Yukihi. The match was scheduled to take place on May 4 at the Yokohama Cultural Gymnasium.

However, this tournament would be postponed because of the coronavirus outbreak. Even if a spectator-free preliminary match stream were to be scheduled, it was impossible to determine when the “main event” would take place. Suzu explained that although she tried to put on a serious front as the challenger, it belied her actual personality.

“I tried to look cool for the fans, but it’s hard to pretend to be something you’re not, and I was struggling to pull it off. I realized I was better off being myself, even if it meant not looking cool.”

The match was held on June 13, immediately after the self-quarantine measures were lifted, but ended in a defeat for Suzu. However, she was undeterred by her loss, and she went on to win the challenger match at Korakuen in July. “I’m pretty sure there were many people who were thinking ‘Suzu Suzuki again'”, she said. Though Suzu typically exudes a bright, strong-willed, and optimistic energy, her sensitivity to those around her also makes her susceptible to the feel of the environment.

“After all, this would be my third challenge for the singles champion title just two and a half years into my career. If I were a fan, I would be probably also be thinking ‘oh, her again’. That’s why I’d made the decision to back off from challenges for a while if I lost this one”.

She finally made her breakthrough in this match and became the 17 year old champion, Suzuki Suzu. She had a brilliant, high-arching bridge when landing her finishing German Suplex Hold and demonstrated her physical prowess with the air time of her moonsault press from a standing position. Her extensive training also showed through the crispness of her techniques. According to Suzu, her training regimen involved watching tape, then immediately heading to the training facility to try out what she’d seen. She says she also typically uses her phone to record herself while practicing alone on the ropes to test out new movements and techniques.

The “Wince-Inducing Element” is what’s enjoyable about women’s professional wrestling.

The greatest attraction of any activity is an expression of feeling. Whether you’re going through happy times or frustrating times, or feeling motivated or enraged, all of your feelings are going to be fully opened up. Put shortly, it’s going to show on your face. People like to call us “Face Contortionists” because of it, she said amusedly.

“The intensity of the physical clashing is what’s entertaining about men’s professional wrestling. On the other hand, it’s the emotional clashing that’s intense in women’s wrestling. We’re dragging one another across the floor by our hair, and we’re trying to crush an opponent’s spirit once we grab the microphone. It’s not typically something you think of women doing, but I think being able to let all your feelings out is what’s entertaining about women’s wrestling. Even as a participant, I enjoy being able to put all my feelings out there. I want my spectators to see all of who I am.”

Suzu says that she would like to popularize the sport among a wider audience. Earning a belt would help with this cause, and I don’t mind being put into the spotlight on account of my age.

“Do I want people to look at me for my ability as opposed to how young I am? No, as long as it works, I’m good with it. I mean, being a “17 year old champion” definitely makes for a bigger headline”.

The presence of Sota Fujii has been a significant influence.

The remarkable feat of becoming a champion at the age of 17 is an accomplishment Suzu shares with shogi professional Sota Fujii. Fujii’s accomplishments have apparently had a significant impact on Suzu.

“I know absolutely nothing about shogi. I don’t even know the pieces. That being said, you become interested when you hear someone your age is making a stir. I began wondering what the world of shogi is like, and I felt like it had some similarities to wrestling after learning about it. People in their teens don’t really know too much about wrestling. It has the image of a sport meant for adults to spectate or participate in. But when news of a “17 year old champion” gets around, I think people become interested. I’d like for people to be inspired by the fact that “even people in their teens are taking part scene”, which hopefully leads to them feeling a sense of “maybe I can do this”.

At the same time, this is also the reason I feel pressed for time. I’m almost 18 years old, which leaves me with “just 2 years” until I turn 20.

“I want to take advantage of the current trend of being a teenage champion to use it as a platform to popularize professional wrestling. In order to do so, I’d like to establish my reputation as Suzu Suzuki the wrestler in the public eye. It’s no good if I just end up becoming “another wrestler” by losing the belt once I reach legal age. The next two years are going to be crucial to making this possible. Surprisingly, I have very little time”, she joked.

In spite of all this, when asked “how her form is today”, she’ll answer “a hundred million percent”. She’s looking to stand out, so there’s no time to be humble and reserved about things.

“There are some athletes who are my age in Ice Ribbon, but they’re still attending high school, so they’re prioritizing their studies. On the other hand, I’m able to devote all of my time to professional wrestling. That’s why I feel like I’m at a hundred million percent today, and I plan to keep growing one percent each and every day. I’m not even quite sure how many digits I’ll ultimately end up with”, she said with a laugh.

I want to put my faith in a life of professional wrestling.

Suzu’s first title defense match will take place after she turns 18 (on September 20 at the Korakuen Hall), and she’ll be facing off against Tsukushi, one of the senior wrestlers on her team. She has taken the stance of “anything being fair game” as champion, and claims she is willing to take on any challenges from her opponents. According to Suzu, doing death matches has been a priority for her since joining the wrestling world, and she says there are countless opponents she’d like to face and an equal number of new moves she hopes to try.”

Her comment of “only having two years” very likely has to do with the fact that she’s looking at her professional wrestling career in the long term. While still young, she has a clear picture of the things she can only do while she’s young, as well as what she wants to accomplish during this period. Her composure in this regard is arguably evidence of a “maturity beyond her age”.

“I don’t feel like I need to press myself to overextend beyond what I’m capable of, but I also don’t have any intention of keeping pace with the level of the other, younger players who are my age. I’ve devoted myself entirely to professional wrestling since I graduated from middle school, and I’d like to believe in the path I’ve chosen for my life”.

I can only say I’m truly looking forward to both the next two years and the twenty years following that. If she keeps developing at her current rate, barring any major injuries, the sky’s the limit for Suzu Suzuki. 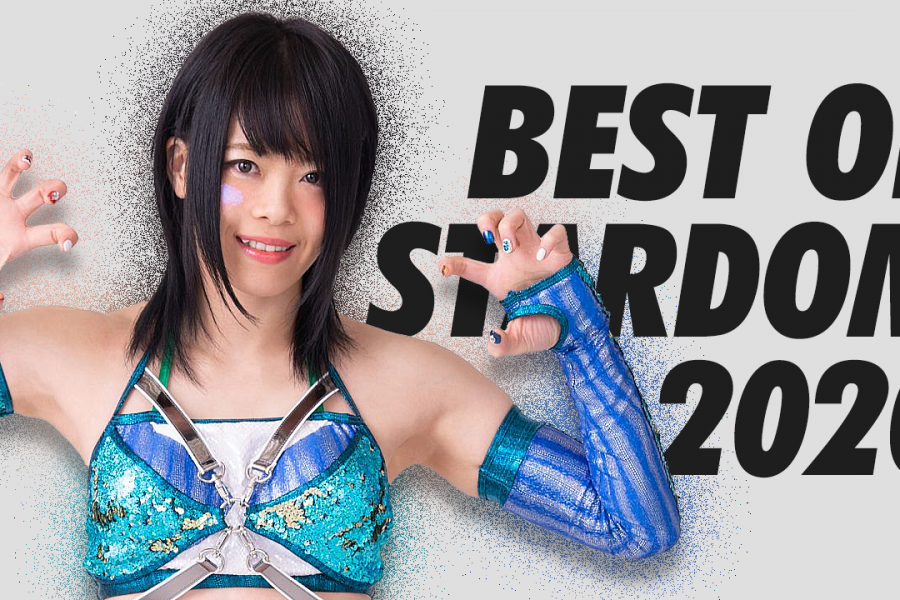 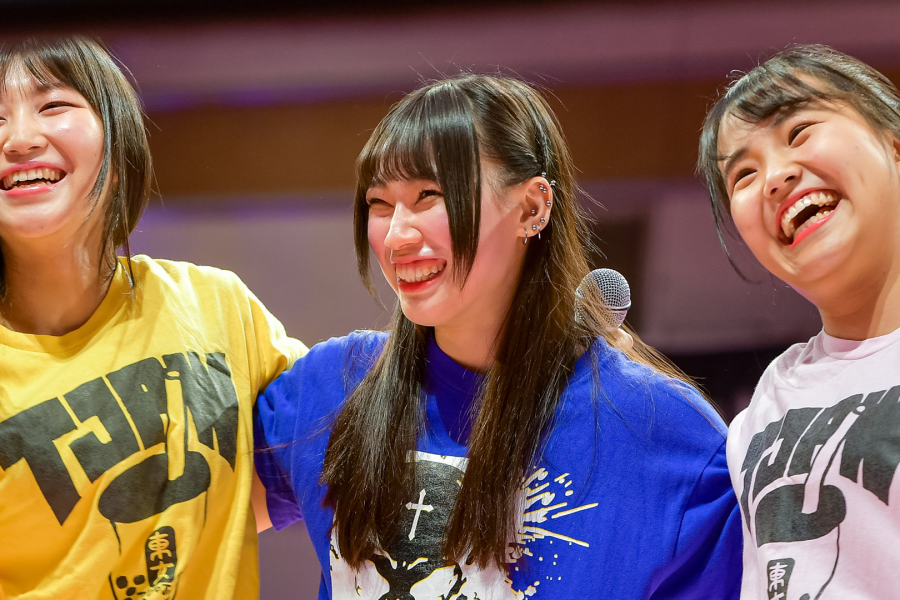 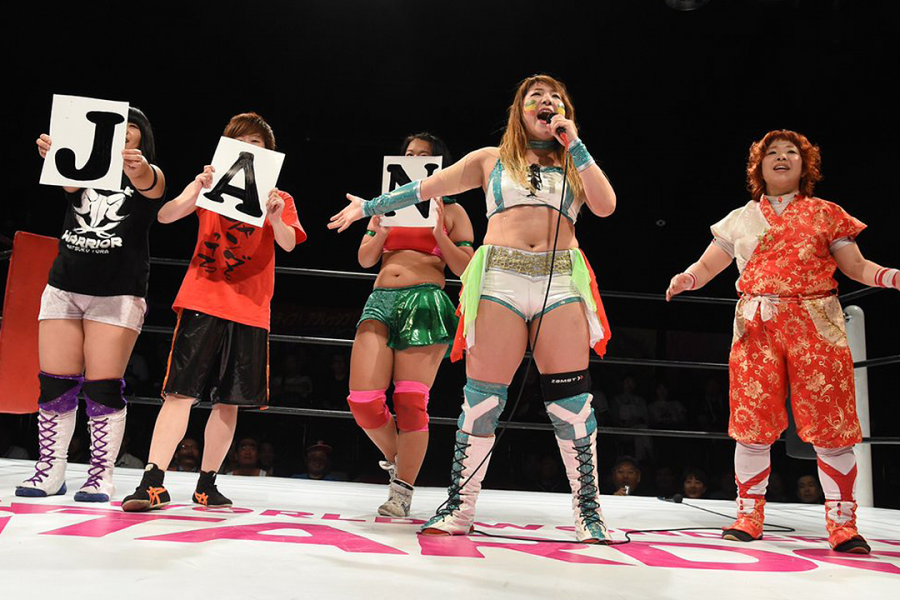