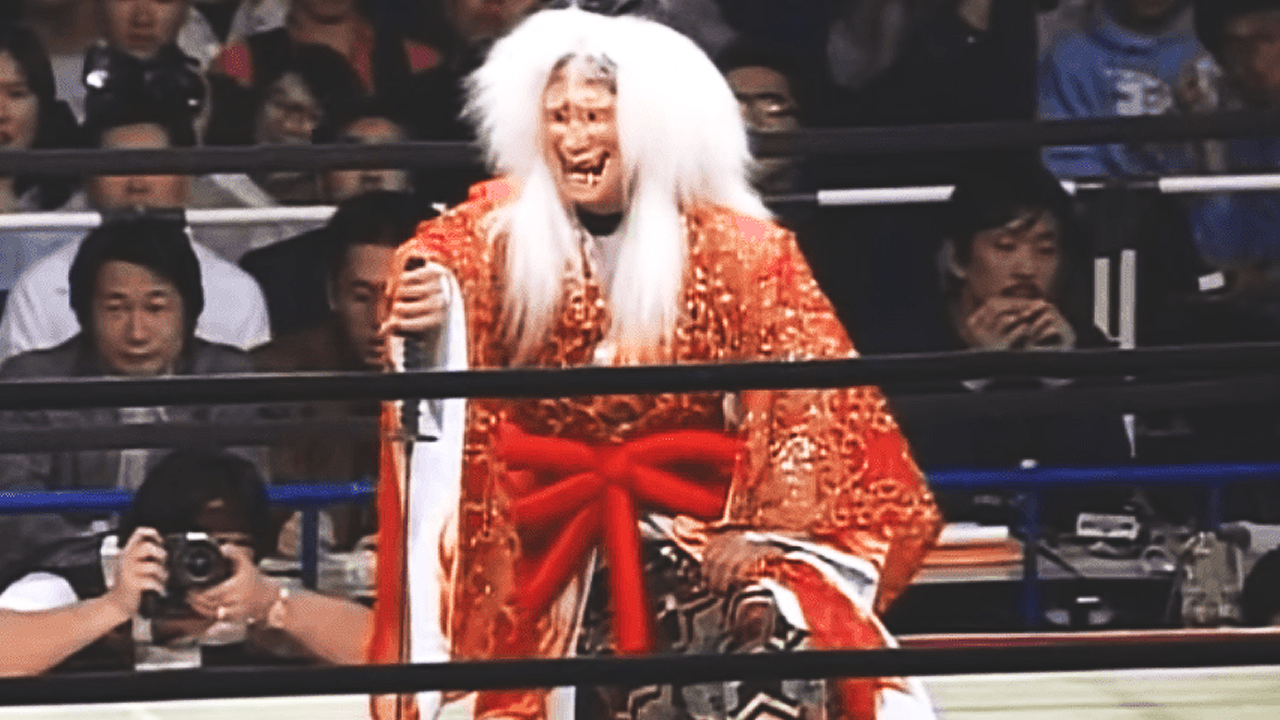 The date April 2nd, 1993 is almost like a holiday in the minds of old school joshi pro wrestling fanatics. This is because on that day All Japan Women’s Pro Wrestling hosted the first of two “All-Star Dream Slam” events in Yokohama, Japan. In celebration of its 25th anniversary as a promotion, AJW invited women from JWP, LLPW, and FMW to compete in a night full of inter-promotional battles to the chorus of 16,500 fans inside the Yokohama Arena.

Widely considered as one of the best wrestling events of all time, Dream Slam is a must-watch for any and all wrestling fans around the world. In honor of the 27th anniversary of the Zenjo Supershow, I thought I’d reach out to all the wrestling fans who haven’t gotten the chance to see the show, which is currently free to watch on Youtube as we speak. If you need a little more convincing, read on as I tell you about the wonderful show that was AJW All-Star Dream Slam.

Similar to Kazuchicka Okada’s proposed mega show he suggested earlier this year, Dream Slam 1 was a groundbreaking development in the world of joshi puroresu. Six months after Zenjo’s first-ever inter-promotional match with FMW in September 1992, Dream Slam brought together the four biggest women’s promotions in Japan for an unprecedented joshi mega-card. Every match on the card featured an AJW talent facing off against an outsider – either from one of the three other joshi companies, EMLL, or an American freelancer. This made for multiple entirely fresh dream matches between some of the best wrestlers in the world. This also made it so each match had a unique style with most the FMW talent being more power-based, the hybrid styles of the competitors from both JWP and AJW, and the “shooters” of LLPW being the most technically gifted of the collectives.

Speaking of LLPW, Dream Slam was a huge night for Ladies Legend Pro Wrestling – the youngest company on the show. Each of the five representatives of LLPW, which spawned off the closure of the original JWP promotion in 1992, went into the show with noticeable chips on their shoulders. The teams of Miki Handa & Rumi Kazama and Eagle Sawai & Harley Saito both put on tremendous matches, with the latter duo being especially impressive against the “Mega Monster” team of Aja Kong & Bull Nakano. However, neither of these teams could outperform LLPW’s final contribution to the show as Shinobu Kandori would face Akira Hokuto in the penultimate match of the night.

The match between Akira Hokuto and Shinobu Kandori alone could’ve turned a good card into an all-time classic. Akira Hokuto, known for her unique look and unmatched ring presence, battled the Ace of LLPW for the first-time in a legendary match that is undoubtedly the most well-known match of the entire show. Kandori, a member of the Japanese Olympic Judo Team in 1984, entered the match with superior submission based offense, sending the typically dominant Hokuto into survival mode for a majority of the match. After getting busted open within ten minutes of the opening bell, Hokuto battled Kandori with sheer willpower, constantly expressing her defiance despite her underdog status. By the end, it was clear that the match was one of a kind in both style and execution, getting rave reviews by critics and fans around the world. To this day, the match is widely considered to be one of the greatest wrestling matches of the ’90s regardless of gender.

Now, the legendary battle between Kandori and Hokuto (in which you can buy a lovely DEADLOCK shirt for here) was one of the only singles matches on Dream Slam 1, a show that focused instead on the magic of tag team matches. Though no longer headlined by legendary teams such as The Crush Gals and The Jumping Bomb Angels, the tag team wrestling of the early ’90s for joshi wrestling was still some of the best wrestling on the planet. This was demonstrated perfectly at Dream Slam, where tag-team matches up and down the card stole the show. From the technical clinic between Sakie Hasegawa & Kaoru Ito (AJW) and Plum Mariko & Hirakari Fukuoka (JWP) in the opener to the aforementioned meeting between LLPW’s Eagle Sawai & Harley Saito and Zenjo’s Aja Kong & Bull Nakano, Dream Slam delivered what could easily be considered some of the best tag-team matches of all time.

This does not, however, discredit the amazing performances in the singles matches that did get to take place. On top of the incredible semi-main event that I touched on earlier, the show included two other high caliber singles matches earlier in the night. The 2nd half of the show started with Chigusa Nagayo, the former Crush Gal and future founder of GAEA Japan & Marvelous, having her first match in four years against former rival turned JWP stalwart Devil Masami. This match had a big fight feel from the very beginning and proved just how popular Chigusa Nagayo was even 4 years after her retirement. Later in the night, Dream Slam presented yet another barnburner singles match between Zenjo’s Yumiko Hotta and JWP Megastar, Dynamite Kansai. Both women absolutely battered each other from start to finish, absolutely emptying the tank for their respective companies.

Finally, as somebody somewhere once said: a show is only as good as its final match. For Dream Slam’s main event, the Yokohama crowd witnessed FMW’s Megumi Kudo and Combat Toyoda take on reigning WWWA Tag Team Champions Manami Toyota & Toshiyo Yamada in a non-title matchup. For the FMW duo, this match was especially special as it was their return to their original training grounds of All Japan Women’s Wrestling. Both Toyoda and Kudo were originally trained in the AJW Dojo Class of 1986 before leaving the group at the end of the decade. Flash-forward to 1993, Toyoda & Kudo found themselves back in the AJW ring, now representing FMW against two members of the AJW dojo class of 1987, Manami Toyota and Toshiyo Yamada. The match itself had a few issues, but the energy that each wrestler brought to the match made it feel like a battle for the ages and was a great way to end a phenomenal show.

As I’m sure most of you can already tell, I believe that AJW All-Star Dream Slam 1 is one of the greatest wrestling shows of all time. It had an amazing atmosphere, great stories, great production, and most importantly, great wrestling. Evidently, I’m not alone in that sentiment: the show won the Wrestling Observer Newsletter’s Major Wrestling Show of the Year Award for 1993 & to this day is referred to as the pinnacle of Japanese women’s wrestling in the ’90s and beyond. But for me, I’d go one further: Dream Slam 1 was the pinnacle of professional wrestling period.