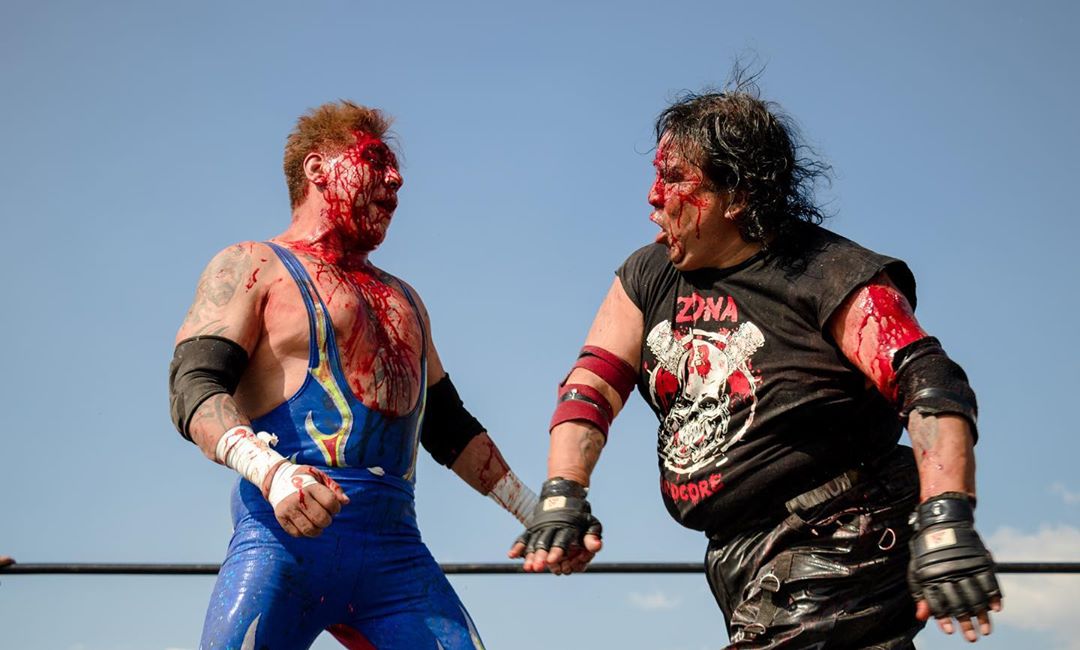 Atrocity Exhibition: The Rise of Zona 23

Seven years ago, Abel Guerrero set up a unique independent wrestling promotion located in Tultitlán, State of Mexico. His motivations were straightforward – make something special. Guerrero was an attendee of numerous mainstream wrestling shows at the Arena Neza while also a fan of the more obscure hardcore wrestling that had become popular since the nineties. He appreciated the Mexican scene as it was, but had a deeper love for the more brutal, gory, and limitless matches one could experience when watching promotions such as Combat Zone Wrestling, Onita’s Frontier Martial-Arts Wrestling, and Big Japan Pro Wrestling. The idea of bringing this extreme genre to Mexico was not new; it had been tried and tested for years. However, Guerrero spotted an important opportunity to be different with his take on the deathmatch.

‘Backyard Wrestling’ is a term most of us associate with either the very beginnings of wrestlers’ careers or YouTube clips of untrained kids pulling off reckless stunts. Until recently it’s often been used with a negative connotation by fans, sometimes just to insult a worker in calling them a ‘Backyarder’ – while others got more out of watching the hustle than they ever did in watching mainstream companies like, say, the WWE. I’ve always been enamored by the passion of the backyard show; it’s an ode to childhood dreams you won’t get anywhere else. There’s an element of unpredictability at play that you just can’t afford to allow when you’re broadcasting live to millions of viewers on national television. It turns out Abel Guerrero shared this love, and so he strived to incorporate the essence of backyard wrestling into his new project, which would soon become known as Zona 23.

A random, but now iconic junkyard is the location of the madness. As soon as you turn on a show, before the bell even rings, you’ll notice a couple of things. Firstly, the atmosphere will blow you away, even though you aren’t there in person. Just a few hundred fans fill up the ring’s surroundings per show, but they bring an energy you won’t forget anytime soon. Secondly, it probably goes unsaid, but these fans are incredibly dedicated. You’ll notice a good portion of the crowd decked out in official promotion merch, where one of the designs features the slogan “I’m Zona 23 And You Are Not”. It’s BYOB, and I often spot a few coolers defending against the heat. You don’t have to watch a match to realize something special has been cultivated here.

Zona 23 has become something of an international phenomenon among the deathmatch community over the past couple of years. The biggest example of this is when Sádika took on Sadik Maiden last August. The ten-minute match was brutal, with the women smashing car windshields and light tubes on to one another. At one point, Sadik Maiden is devastatingly powerbombed into a car, straight through its back window. It brought huge attention to two women who had no idea how far their match would reach. I think it’s essential viewing for any hardcore wrestling fan and shows you exactly what the promotion is all about. Once the matches begin, the energy somehow finds a way to pick up, and you even get to witness the odd fan become accidentally involved in the deathmatch mayhem, just to shrug it off as if it were nothing! This audience is just different.

Once you’ve sat through a full show for the first time, you should realize why Zona 23 has been able to develop and maintain its cult following: while matches are completely unpredictable, the quality is consistent. Guerrero can boast a roster of some of the top deathmatch talent, not just in Mexico, but in the world. Ciclope and current champion Miedo Extremo often tour Japan with FREEDOMS and are GCW’s tag team champions, while Fly Star and Lunatik Extreme are exceptional young talents with big futures ahead. Every now and then a hardcore veteran like Joe Lider will also give the Junkyard a visit. It’s exactly the kind of limitless fun the promoter dreamed of years ago and the future hasn’t stopped burning brighter and brighter for him.

The aforementioned backyard genre was revisited last July when Brett Lauderdale’s GCW ran a show simply titled ‘Backyard Wrestling’. The show went above and beyond to deliver on its name, offering endless GIFable moments, including one that made a superstar out of Alex Zayne. As a known follower of trends, it should be no surprise then that GCW took notice to the social media buzz over Zona 23. On January 30th they would announce the collaboration of two of the biggest power players in deathmatch wrestling for May 3rd in the Junkyard. An announcement of this measure is game-changing, no pun intended, as we’ve now seen GCW collaborating with FREEDOMS, Big Japan, Zona 23, and DTU, with a visit to TNT Extreme Wrestling in England on the horizon. I don’t know what the future has in store for deathmatch wrestling, but this is a very good network to be in right now.

As Zona 23 continues to put on show after show of its amazing junkyard insanity, I can only continue to recommend it every chance I get. If you’re new to the promotion and have no idea where to start watching, you’ll have to head over to Independent Wrestling TV, but feel free to watch Sádika vs Sadik Maiden as linked earlier for your free sample. The promotion runs shows about once a month as of right now, but I can see this increasing over the next few years as it gains more international traction. Unfortunately there isn’t a huge library of past events available on IWTV, but there’s certainly enough to sell you on how great this promotion is, and of course, every future show will be uploaded.