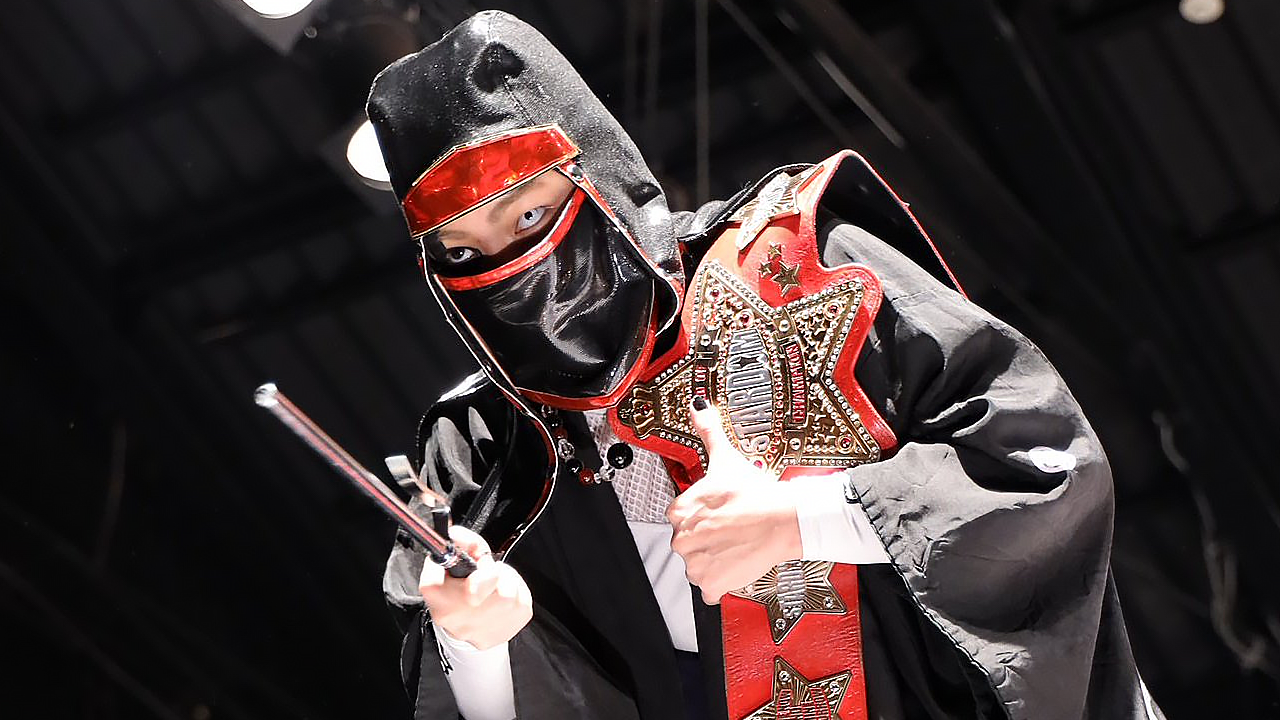 Kagetsu: The Final Boss of STARDOM

In the wonderful world of professional wrestling, there are some wrestlers who, regardless of their championship status, are always considered the top dog in their company. For well over two decades, this was the case for the Undertaker in the WWE, and while he is the current reigning IWGP Heavyweight Champion, the same will be said for Kazuchika Okada for years to come in NJPW. They are the person that every wrestler must test their might against to prove they’re the real deal to the fans and themselves. In Stardom, this position belongs to the “Prime Minister” of Stardom, Kagetsu.

If you are at all familiar with the joshi puroesu company Stardom, it is likely you have seen or at least heard of Kagetsu in some capacity. The leader of popular faction Oedo Tai and a former World of Stardom Champion, Kagetsu is still considered by many to be one of the top figureheads in the company. With this high placement, the Osaka native has become a “final boss”-like figure within modern-day Stardom.

Now, trust me, I’m aware that putting anyone in the same group as Undertaker and Kazuchika Okada is a very big statement to make. While Kagetsu doesn’t have a legendary streak that has lasted multiple decades, and she hasn’t been world champion for what feels like twice that long, she has cemented herself as the top-dog in the company both within kayfabe and outside of it. Her ten plus years of experience have made her one of the leaders in the locker room as well as the current head trainer for the Stardom Dojo. This experience has also made its way into her story, becoming an interesting catalyst in her relationship with Hana Kimura.

The current leader of Tokyo Cyber Squad was once upon a time Kagetsu’s second-in-command in Oedo Tai. Hana Kimura, the daughter of former Oedo Tai leader Kyoko Kimura, joined the group in 2016, mere months after her in-ring debut. She soon reported to Kagetsu starting in 2017 when the soon to be “Prime Minister” claimed leadership of the group. The two made for a great team, becoming Goddesses of Stardom Tag Team Champions together later that year. This was also the year, however, that Kagetsu used her experience to deceive her teammate and defeat her in the 2017 5STAR Grand Prix, eliminating her from the tournament entirely. This, coupled with various other cracks in their relationship due to Kagetsu’s seniority, lead to Hana’s eventual betrayal of Kagetsu and Oedo Tai. Since then, Hana and Kagetsu have only met once in singles competition, which ended in a decisive victory for Kagetsu.

Kagetsu’s feud with Hana highlights another aspect of Kagetsu’s aura: she is a fantastic “big match” wrestler. One of the most versatile in the business, Kagetsu has an in-ring style that often mirrors her opponents. In her aforementioned match against Hana Kimura, Kagetsu used a rough brawling style along with submission-based offense, the style of choice for Hana Kimura. This produced a hard-hitting match for the ages that ended in a technical submission. In her matches against the likes of Hazuki on the other hand, Kagetsu picks up the pace and competes with a high-speed style that is second to none. Her strength as an all-round wrestler allows her to thrive in any and every match she has; a major example of this is her matches against the Master of the Triangle Lancer, Konami.

Kagetsu can match up with anyone, but Konami is the best at complimenting Kagetsu’s in-ring style of anybody on the roster. With both women being skilled in strikes and submissions, their matches together over the years have been master classes in all things technical wrestling. From their multiple tournament encounters to their 30-minute epic in Fukuyama, these two hit it out of the park every time they meet in the squared circle. This is likely attributed to Konami’s phenomenal skill and fluidity with her submission holds and Kagetsu’s ability to match that skill hold for hold.

Kagetsu’s status as the top baddie is currently undeniable and is even further established by her ongoing feud with The Icon, Mayu Iwatani. The truest hero that Stardom has ever known, Mayu Iwantani, is in every way the inverse of Kagetsu. Mayu being the ultimate babyface and Kagetsu being the strongest heel, they share a yin & yang relationship as two opposite parts that create a whole. The two have always felt like soulmates within the ring due to their natural chemistry with one another. This chemistry partnered with their own ambitions have made each woman better and has helped raise the status of Stardom worldwide.

Kagetsu has managed to become a very vital member of Stardom’s current infrastructure; Training the future stars of the industry while also being atop the mountain, she is at the center of the company both in the ring and behind the scenes. Kagetsu remains the ultimate challenge for Stardom wrestlers to face and will continue to be the “final boss” of the company for years to come.