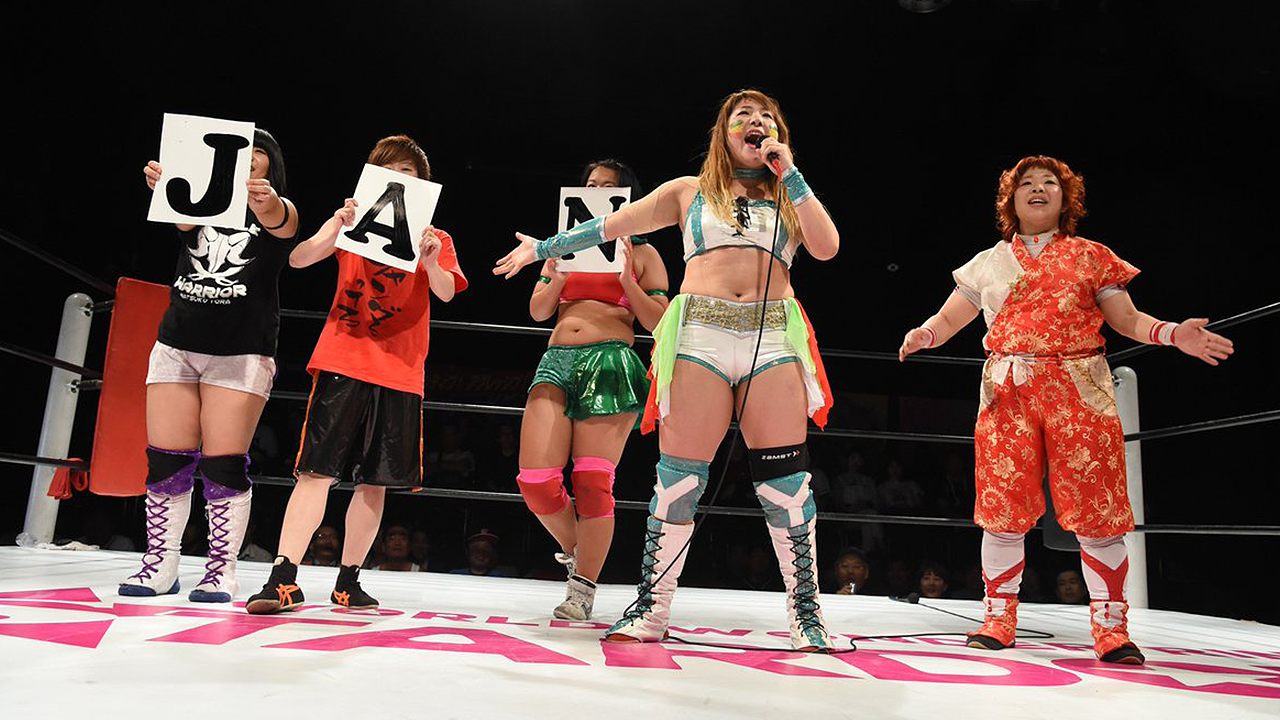 It is pretty common knowledge that factions in professional wrestling require chemistry to leave their marks on the industry. Factions like “Los Ingobernables De Japon” in New Japan Pro Wrestling have become popular worldwide for their chemistry together along with their skills as singles stars. On the other hand, groups like the 2002 version of the “New World Order” suffered due to feeling like a bunch of thrown together dudes. Chemistry can often be what makes or breaks a wrestling stable.

Jungle Assault Nation, “JAN” for short, was a stable in the joshi puroresu promotion Stardom came to be as a product of the 2018 Stardom Draft. The group was compiled of wrestlers who went un-drafted by the other 3 factions – Queen’s Quest, Oedo Tai, and STARS. These wrestlers, lead by Jungle Kyona, refused to be thrown in with STARS as a consolation prize & seceded from the group to create their own home in a brand new faction – JAN.

However, the group did not last for very long as the next year they were, forcefully, disbanded in the 2019 Stardom Draft. Despite this, many fans look back at the group with great fondness of what JAN brought to the promotion throughout 2018. So today, let’s go back and remember the good (and the bad) of the Jungle Assault Nation!

From the very beginning, JAN had the issue of having an uneven distribution of top tier wrestlers. With two rookies in Ruaka and Leo Onazaki and one freelancer in Kaori Yoneyama, Jungle Kyona and her partner Natsuko Tora were left as the only two consistently competent members of the group. This meant that in most tag team situations, JAN was unable to come out on top, often feeling like the weakest group of the now four faction roster. This issue was expanded upon when Saya Iida debuted and joined JAN in early 2019, adding yet another rookie talent to the stable. By the end of their time as a faction, the group only came out on top in around 30% of their matches with most of their wins coming from the duo of Jungle Kyona and Natsuko Tora.

While the abundance of rookies in JAN was an undoubted hindrance to their success, it produced a few positives for the group as well. With more focus on them, the rookies were able to improve in a group that did not overshadow them with bigger stars. For example, when Saya Iida debuted, she instantly found a home and thrived within the Jungle Assault Nation. It also meant that both Jungle Kyona and Natsuko Tora were allowed to step up greatly to fill their roles as both leader and commander of a new group.

Throughout this year, Jungle Kyona improved as an overall wrestler more than ever, getting praise for her performances against Kagetsu, Utami Hayashishita, and Momo Watanabe. As for Natsuko Tora, she was able to break out into the mid-card, competing for the White Belt as well as making her first 5STAR Grand Prix appearance. Coupled with repeated success as a tag team throughout 2018, Kyona and Natsuko elevated themselves within the company due to being the “A-Team” of JAN.

JAN had amazing chemistry together despite being essentially “left-overs” from the 2018 Stardom Draft. In fact, it is likely that these circumstances pushed the wrestlers together more than their adversaries. Feeling like the outcasts of the Stardom roster, each member felt like they truly belonged together at the time. On top of this, Jungle Kyona became like a mother to the younger members of the faction making JAN feel like a family more than they did a faction. With their roll-call, their wonderfully wholesome entrance, and their amazing teamwork, JAN had an infectious happy energy that is hard to get in professional wrestling.

Along with that positive energy, JAN also brought great strength to the Stardom ring. With most members having a power-based arsenal, JAN brought a very different dynamic to the ring in comparison to the other three stables. While STARS mainly took advantage of a lucha-inspired style, Queen’s Quest were master technicians and Oedo Tai were predominantly brawlers, JAN used power-bombs and power-submissions to defeat their opponents. This brought an interesting dynamic to multi-women tag matches as styles would blend to make a tornado of fantastic wrestling.

After a year of being the true underdogs of Stardom, JAN was disbanded at the 2019 Stardom Draft after Jungle Kyona lost a “Loser Must Disband” match for the safety of each respective faction. It was visually heartbreaking for the members of the group, as they were all outcasted via the draft for the second time. With this loss, the group was split up as Leo Onozaki went to Queen’s Quest, Saya Iida went to STARS, and Natsuko shockingly embraced her new membership of Oedo Tai. As for the others, they all landed in the faction that more or less replaced JAN: Tokyo Cyber Squad.

Led by Hana Kimura, Tokyo Cyber Squad became the fourth faction in the company, with Jungle Kyona as the 2nd-in-command alongside Konami. Along with them came Ruaka and the newly awakened “Death” Yama-san, keeping a small portion of JAN alive. However, after only a few months, each member of the disbanded group had completely moved on from their previous lives. Natsuko was quick to go to the dark side, conforming into Oedo Tai seamlessly. Both Saya Iida and Leo Onozaki adjusted over time, forming tag teams within their new groups fairly quickly. As for Kyona, as time went by, less and less remained from her time as the Queen of the Jungle; gone was the jungle music, gone was her jungle catchphrases, and gone was the jungle shout that she’d done for so long. Jungle Kyona, much like her former contemporaries, rid herself of the Jungle Assault Nation.

For a little under a year, Jungle Assault Nation was a crucial part of the Stardom roster. They displayed phenomenal chemistry among its members, as well as provided a showcase for rookies who otherwise would’ve been overshadowed by talent above them. In the end, however, JAN was not meant to last. The death of the unit meant the birth of another naturally likable band of misfits in Tokyo Cyber Squad. It also gave Natsuko Tora a chance to evolve as a character alongside the ever charismatic Oedo Tai.

While things have seemingly worked out for most members of the disbanded unit, it’s still nice to remember all the great memories that “Jungle World” gave to us. Jungle Jungle!