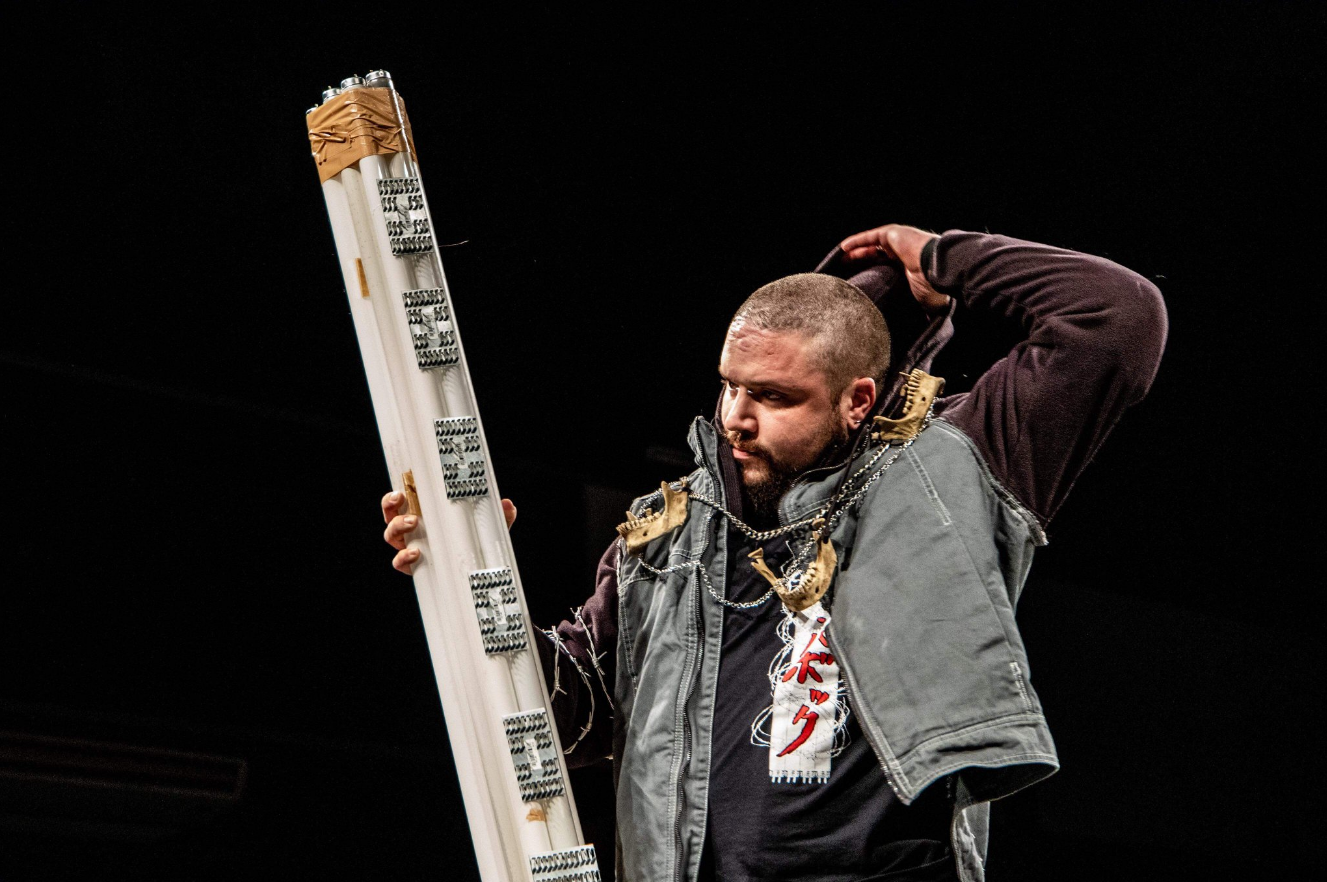 There aren’t many people out there who will disagree when you say 2020 has been a terrible year, but in the world of professional wrestling alone, the month of May is one of the hardest months our community has had in a long time. On the 17th, news broke that former WWE wrestler Shad Gaspard had tragically passed away while saving his son’s life. Just six days later we were all stunned and heartbroken again by the passing of STARDOM’s Hana Kimura. Somehow, today once again we are grieving. It’s impossible to wrap my head around, but a third wrestler has tragically passed in the span of two weeks. A talented artist, creative genius, charming promo, and by all accounts a wonderful human being; today I write in tribute to a man by the name of Grant Berkland, better known as deathmatch wrestling legend Daniel Tiberius Havoc.

Danny began his wrestling journey around the age of 18 in CZW after driving twenty hours from Cylinder, Iowa for training. On the 2019 VICE documentary series The Wrestlers, he noted that watching Jun Kasai at “CZW Un F’n Believable” in 2001 was what spurred him to become a hardcore wrestler. It is no surprise then that his style of wrestling would mix the bloody and brutal with great technical prowess. There’s also a quote of his from the show that sums up his motivations pretty well,

At a certain age, most young men are invariably drawn to things that they would term ‘badass’. I wanted to be ‘badass’, desperately, and I felt that deathmatch wrestling was very ‘badass’.

It was only a couple of years before the man had tons of classics under his belt, such as a 2009 “CZW Cage of Death” main event confronting the leader of the Switchblade Conspiracy, Sami Callihan. I can’t think of a match with more broken glass panes than this one. At the time of writing Highspots have kindly made this one free for all here. Another essential watch from the time is against Thumbtack Jack in the German’s CZW debut. Jack (or Alexander, as he has been known for quite a while) went on Twitter to pay tribute to Danny, “He helped me with my depression after breaking my spine. I wish I could’ve returned that favor, old friend.”

Among his immense talents was his skill as an artist, many examples of which can be found on his fansite. He had a Tumblr page, which is still up and serves to archive much of his artwork. He also worked on many wrestling designs for his friends in the industry, some of which have been tweeted by Jon Moxley – my personal favorite work of his is found in the horror section of the fansite art gallery. Danny would apply this talent to his wrestling in very creative ways, sketching out his ideas for deathmatch weaponry and a multitude of frightening contraptions to use in his matches. He was also a very, very funny guy, and this was shown in some of his art – here’s an example Jeff Cannonball posted in the aftermath of his passing. Speaking of humor, Danny’s old CZW promos were on another level. A running joke for him in the early stages of his career was how much he would lose, sometimes blaming it on his FMW inspired haircuts or outright conceding that he should have gone to college instead. In a shoot interview, he called Brain Damage the nicest guy to ever break four of his teeth.

Later on in Havoc’s career, injuries began to build up, eventually leading to his retirement in 2017 at the young age of 31. Even so, the years leading up to this had some insanely good matches – look to his rivalry with Rickey Shane Page in CZW, for instance. When GCW was taken over by his close friend Brett Lauderdale in 2015, he appeared many times for the promotion to help them find their footing. A lot of his final matches put over rising stars such as G-Raver and Conor Claxton and his retirement match itself with Alex Colon was incredible. Danny would come out of retirement in 2019 to appear on H20’s FAMILY show, benefiting G-Raver in the aftermath of his injury, displaying just how selfless and kind-hearted he truly was. Lauderdale soon managed to convince him to do one last Japan tour with GCW, where he would clash with some of the greatest Japanese deathmatch legends of the last twenty years side by side with his friends, earlier this year. I highly recommend reading Brett’s tribute to the man.

Danny Havoc passed away at the age of 34 on the 31st of May, 2020. As he had never been a fan of social media, the last time I had heard about him was around two months before – a fundraiser had been set up after the sudden passing of his wife Brianne to cover funeral expenses and support the family. I cannot begin to imagine how hard life had been for Danny in the aftermath of Brianne’s passing, but the fundraiser had been a huge success, and according to it’s organiser Lucky 13, he wasn’t even told about it until the goal had been reached. He was “overcome with emotion” to see the support he had gotten.

I have been binging his matches since I heard the news, and when I’m finished writing this, I’ll go right back to watching them. Danny stood out from the crowd wherever he was, and he inspired the majority of current deathmatch wrestlers in the States. If Danny was on your show, that was a certain seal of quality, and people would want to be there. Although I never had the opportunity to meet the man himself, the outpouring of love and respect for Havoc in the last few days have made me feel absolutely proud to be a fan.

Danny; we love you, we will miss you. We hope you’ve found peace now, and that you’re reunited with Brianne once again. Rest in peace, Deathmatch Viking.