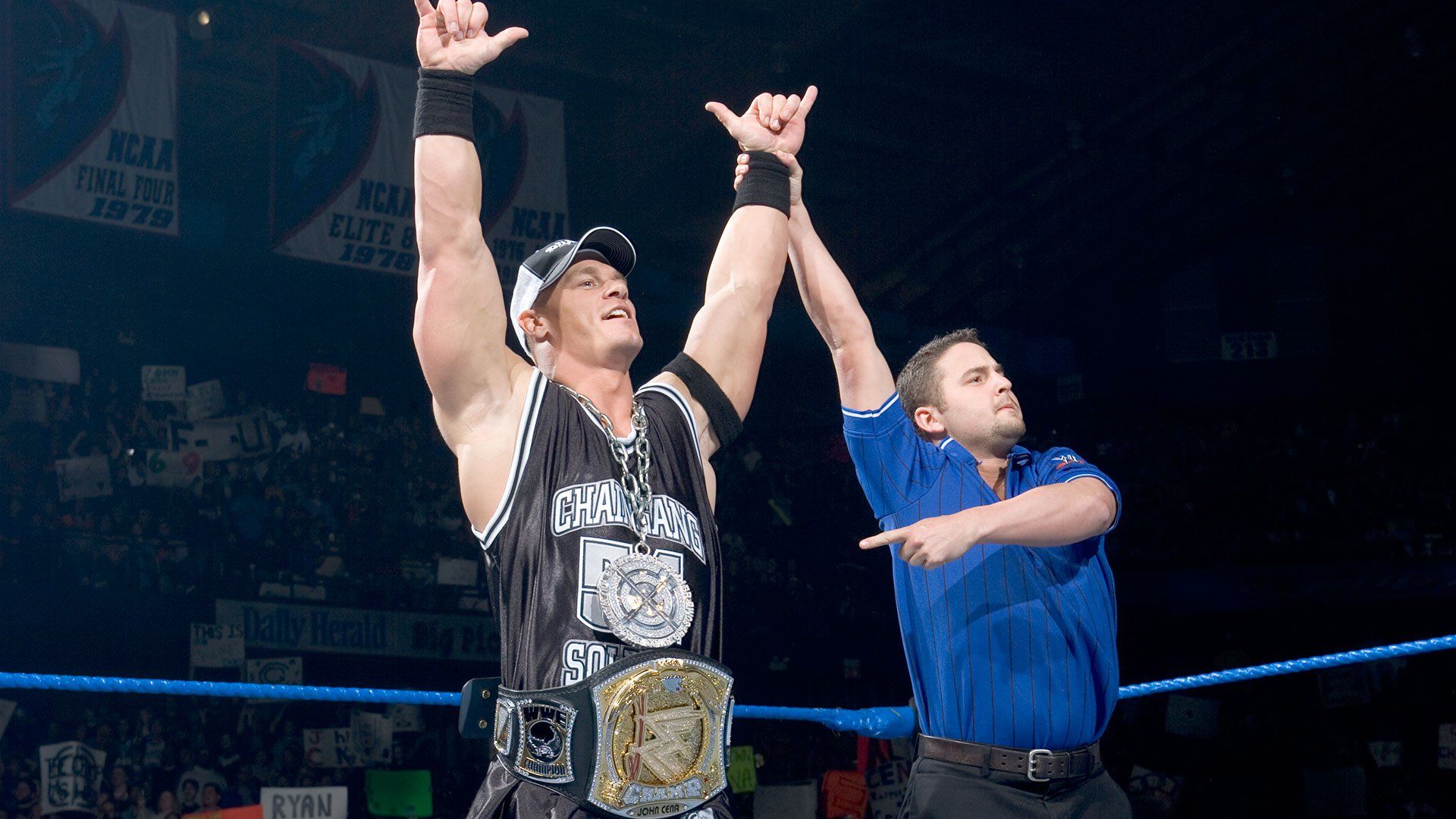 A lot of people like to discuss what the actual start of the Ruthless Aggression era was. Some people like to say that the era began on the episode of Monday Night Raw that followed Wrestlemania X7; Their reasoning for it is that the Monday Night Wars was now over, the WWF won, and the competition was over. However, I personally do not view this time frame as the correct starting point for the Ruthless Aggression era. To me, personally, the rest of the 2001 year felt very similar to the booking styles that we witnessed within the Attitude Era. It didn’t evolve, it didn’t progress, it just stayed the same primarily.

If not after Wrestlemania X7, then when? I view the start of the Ruthless Aggression happening at the 2002 WWF Draft. The brand extension changed the booking flow of how WWE operated. Splitting the company into two sections, two brands, and having competition within since you ended the competition that was out of the company’s walls. After the brand split, the SmackDown booking felt so unique and different compared to the product we’d been exposed to at the time. A lot of that had to do with one man – Paul Heyman.

The big reason why I put the Ruthless Aggression era on a pedestal is that it has my favorite time period in wrestling history taking place during it. The time period dubbed “The Smackdown Six”, which was a time period on SmackDown during the Ruthless Aggression era that lasted from mid-2002 until early-2003. The Smackdown Six centered around six superstars – Kurt Angle, Chris Benoit, Edge, Rey Mysterio, Eddie Guerrero, and Chavo Guerrero. All six superstars were great talents individually, but the beauty of the Smackdown Six was that these six superstars were all in tag teams. You had the tag team of the rivals that didn’t like each other with Kurt Angle and Chris Benoit, you had the good friends tag team in Edge and Rey Mysterio, and you had the family tag team with the Uncle and Nephew pairing of Eddie and Chavo Guerrero.

The beauty of the Ruthless Aggression era can be clearly seen through just the Smackdown Six era of Smackdown. For better or worse, the Attitude era was made of the same stars. Rarely any new talent were able to break out on a main event level and truly show their star power. Sure, you were captained by Stone Cold and The Rock, but outside of the same select few six or so top-level performers they never added to that list. The Ruthless Aggression era was built off of the knowledge that these six or so stars were needing to be replaced as they all began to leave the company. Soon enough The Rock and Stone Cold would be gone, and who would they be replaced by in the years to come? Guys like Brock Lesnar, John Cena, Randy Orton, etc. New faces, new talents, new levels of athletic ability. The natural evolution of the company began to kick into high gear once the Ruthless Aggression era began.

Speaking of Evolution, Triple H dominated the Ruthless Aggression era. With a new stable debuting named Evolution, Triple H was the ruthless leader. He was joined alongside legend to the game Ric Flair, and two young talents looking to do anything to break through the glass ceiling, Randy Orton and Batista. The group ran roughshod over Monday Night Raw for nearly three years straight. When you think of the Ruthless Aggression era, you certainly have to think about this power group that changed the landscape of Monday Night Raw at the time.

That’s the theme, after all, of the Ruthless Aggression era; Constant new talent being elevated to the championship picture. Nearly five months into the Ruthless Aggression era, we saw a young Brock Lesnar dethrone The Rock for the WWE Championship at Summerslam. Brock was in the first year of his WWE main roster career to give you an example of how many chances they were taking at this time. Talents like Rey Mysterio were shown to be big deals after debuting in the company. New cruiserweights in the company like Ultimo Dragon and Jamie Noble were doing great work at showcasing the cruiserweight style in WWE. The Ruthless Aggression era, more than any era, was the era where the WWE took chances on top name talent.

A prime example of taking chances on top talent would be John Bradshaw Layfield. Formerly known as the beer-swigging, poker playing, acolyte, JBL transformed his character from a Texan Roughneck to a Wall Street Prick. The WWE pushed the JBL character nearly to the moon right away, and put JBL in a program with the WWE Champion, Eddie Guerrero. Two brand new faces to the WWE Championship picture and they were killing every main event match on pay-per-view they had against each other. They were given an opportunity, a chance, and these two superstars absolutely made the most of it.

The theme behind almost everything here is simple and can be said in short – The Ruthless Aggression Era was great because new stars were born out of a state of urgency. The Ruthless Aggression Era was so good because a new product was created in a time of desperate need. When WWE’s back was against the wall on how to get competitive again, they created one of the greatest eras in pro wrestling history. An era filled with match quality unmatched by any other era in wrestling. Almost any pay-per-view in this era has several matches worth checking out. The quality jump in wrestling from the Attitude era into the Ruthless Aggression era is unmatched with any other jump in era history. It’s night and day.

With all of this said now, is there really any doubting that the Ruthless Aggression era is the best WWE era of all time? They made new stars, they had insanely great matches on a monthly basis, and they took chances with characters you never thought they would give one. Those three qualities were rarely seen again after this era. The modern-day WWE is currently having trouble with making new stars and they rarely take chances on new characters. Maybe it’s time for a new dose of ruthless aggression to be injected into the current product of World Wrestling Entertainment.