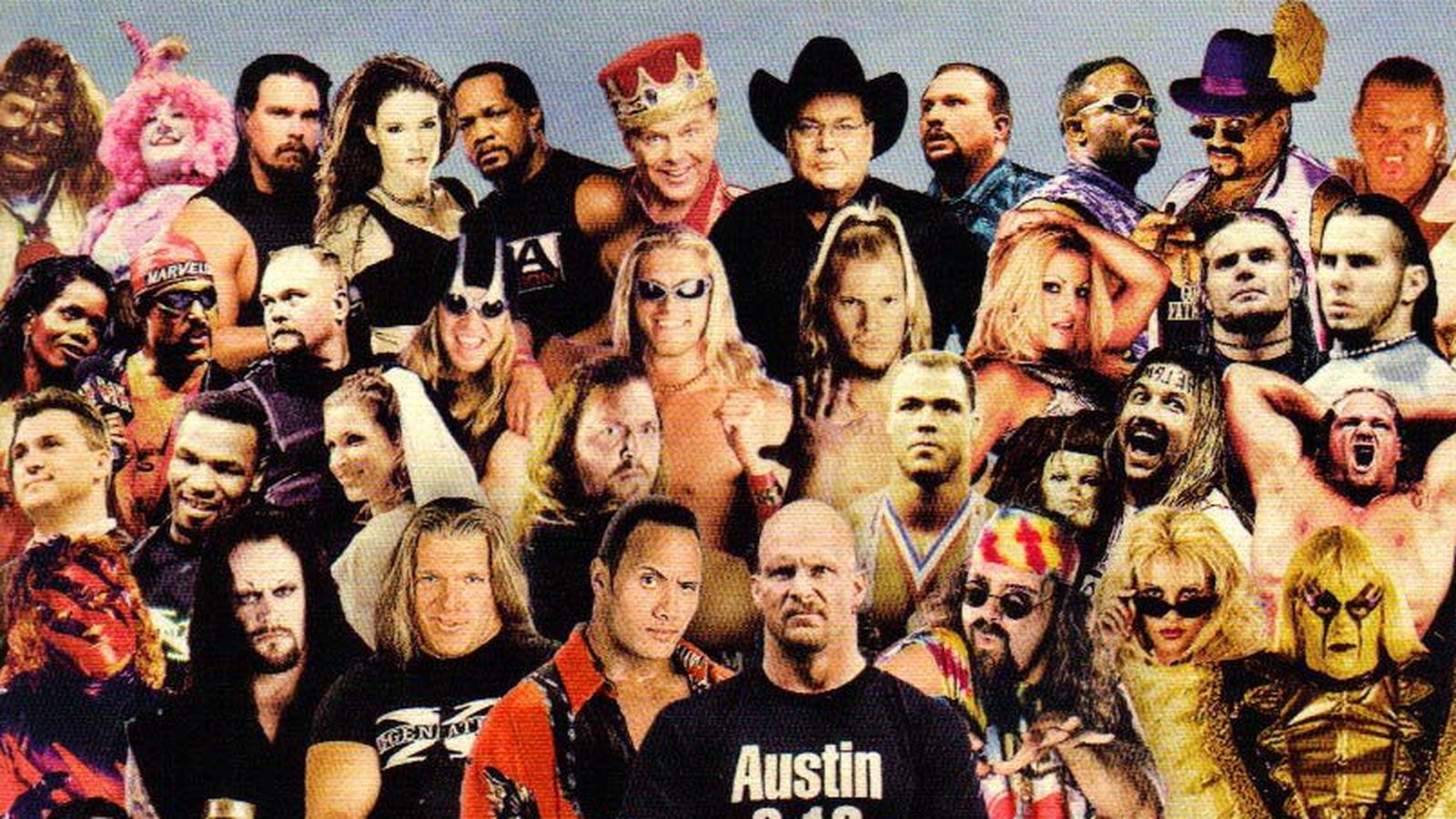 The Most Overrated WWE Era: The Attitude Era

Close your eyes, and picture this — it’s the year 1998 again, it’s a Monday night, you just got your homework done after school, and it’s time for Monday Night RAW! The loud pyro display kicks off the show before we hear the southern voice of “Good Ol’“ Jim Ross and the overly-excited voice of Jerry ”The King“ Lawler! Sounds of glass shattering hit the television sets, and a sold-out arena rises to their feet in cheers that could blow the roof off the building in a heartbeat. A bald man by the name of ”Stone Cold“ Steve Austin walks down to the ring with a certain swagger that serves as a cue that it’s time to open up a good ol’ can of whoop-ass! Gimmie’ a hell yeah!

The memories that just raced through the nostalgic part of your brain hail from the most popular era in professional wrestling history — the Attitude Era. An era dubbed for its over-the-top “attitude” was arguably crotch-chopped into existence by rowdy group, D-Generation X, in 1997.

While it may be the most famous era in all of professional wrestling, I’m going to be the one to say it… nostalgia is great and all, but the Attitude Era is NOT as great as you remember it to be. It actually was pretty awful.

Not to discredit The Attitude Era at all as it was in fact the highest-drawing time in all of professional wrestling. The main event scene featured household names like “Stone Cold” Steve Austin, The Rock, The Undertaker, Triple H, and Mankind. It was absolutely incredible! The tag team division was absolutely stellar as well. We all got to watch The Hardy Boyz, Edge & Christian, The Dudley Boyz, Too Cool, T&A, The Holly Cousins, and so many more on our TVs each and every week.

A WILD Hardcore Championship division was also a signature one during its time, with a 24/7 rule that would put WWE’s current 24/7 Championship to shame. But what about the undercard scene? That’s where we take a very fast nosedive between the years of 1996 until late 1999. While you had breakout talent that could’ve been strapped to a rocket and pushed to the moon, (such as Owen Hart) from the early days of the Attitude Era until late 1999, the talent was just honestly pretty forgettable.

I myself am a man who enjoys quality matches. It’s a big reason why I will argue and debate until my lungs go blue that the “Ruthless Aggression” era is THE superior era. Sure, you had great in-ring talent such as Chris Jericho, Chris Benoit, Dean Malenko, Eddie Guerrero, and Perry Saturn join the fray which definitely upped the in-ring quality, but it was too late to overwrite the overwhelmingly poor matches that preceded their arrival.

If you go onto the WWE Network right after reading this and select any episode of Monday Night Raw from 1997, I guarantee that you’ll find yourself questioning how this era garnered the praise it received (at the time) after you’re an hour into the show.”

For comparison’s sake, over on the other channel with WCW we were all privy to a cruiserweight clinic going on between Rey Mysterio Jr and Ultimo Dragon. But meanwhile on Monday Night Raw, you’d have a match from the shoot-fight tournament known as the “Brawl For All.” We all know how massively over those matches were on television, right? To this day we’re still talking about classic moments like when Steve Williams was knocked out by Bart Gunn, right?

The main event scene and tag division were always stellar during the Attitude Era, as I mentioned before, and I can’t take that away from it — they were always better in the WWF than WCW. Not to mention the storylines in the WWF, for better or worse, mostly always ranged from good to great.

Just do NOT bring up that whole “Kennel From Hell” storyline with Al Snow and Big Boss Man.

Matches like that are why I think that the era’s overrated though. If you go onto the WWE Network right after reading this and select any episode of Monday Night Raw from 1997, I guarantee that you’ll find yourself questioning how this era garnered the praise it received (at the time) after you’re an hour into the show.

If you’re a fan of match quality, do yourself a favor and bring up an episode of Smackdown from late 2002 on the Network. You’ll see matches that feature Chris Jericho going one on one with Edge, or Rey Mysterio facing Tajiri. And while Eddie Guerrero and his nephew Chavo Guerrero were tearing it up in the tag-team division, you had Kurt Angle and Chris Benoit putting on legendary performances. Oh, and another breakout star in Brock Lesnar helped carry the brand in HUGE showdowns against the likes of The Rock, The Undertaker, and Kurt Angle.

There is no comparison when you compare the Attitude Era to the Ruthless Aggression era in my mind. If you’re looking for comedy and some mediocre wrestling with a rewarding main event match, check out the Attitude Era. However, if you want an entire show filled with top to bottom greatness from in-ring action to storylines, check out my favorite era — the most underrated era in all of professional wrestling, the Ruthless Aggression era.