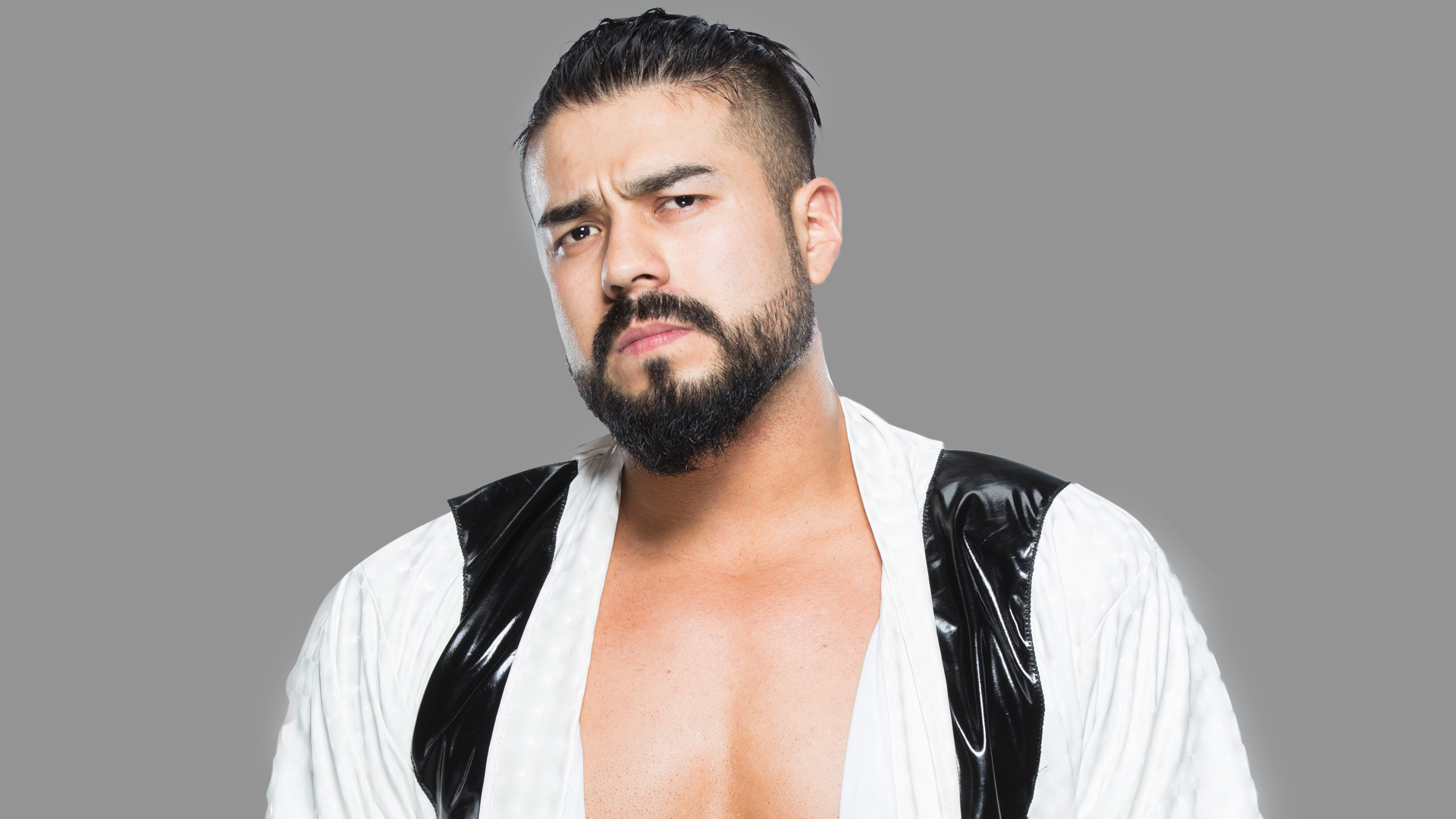 The Top 10 Daddies of WWE

One of the most talked about storylines in WWE right now is one that certainly leans to the “entertainment” side of “sports entertainment,” more specifically to the type of entertainment famously presented by Maury Povich. The marriage of Maria and Mike Kanellis has recently spun an increasingly tangled web of infidelity and emasculation with questions of paternity looming overhead. (UPDATE: Mike Kanellis has since asked for his release from WWE)

To recap, the past few weeks of Kanellis drama on Raw, Maria says Mike isn’t the father of the child with whom she is currently pregnant, but another WWE Superstar is. Both Ricochet and Rusev have been teased as possible fathers and have wrestled Mike about it, and then Maria has revealed that neither man actually impregnated her. Also, soon after Rusev was confirmed not to have knocked up Maria, Bobby Lashley showed up and made out with his wife, Lana, in front of him, overshadowing a Fiend attack as the most insane part of the ending of that episode of Raw.

Where is this storyline going? How many affairs involving public humiliation will it include by the time it ends? Who is actually the father of Maria’s child? It’s impossible to answer those questions accurately right now, but though I don’t know which WWE wrestler is Maria’s baby daddy, I do know there are a lot of daddies in WWE right now.

When I say there are a lot of daddies in WWE, I’m not talking about the fact that many male WWE stars have kids. I’m talking about daddies as in the popular term for a certain type of hot person that prompted controversy and discourse a few years back, but soon after became so mainstream that The New York Times declared 2018 “Year of the Daddy.”

As the conclusion of that NYT piece states, being a daddy isn’t just for handsome, middle-aged guys who exude stability, though that is a shortcut to earning daddy status, but “being a daddy is for everyone.” The term a has a long history, as InStyle and The Washington Post have explained, but its current popularity comes from the combination of stan culture and possibly millennials and zoomers desperately looking for security in a chaotic world. A daddy is not necessarily a literal dad and absolutely not your literal dad, but, in the words of a 2017 Nylon article,

“Daddy is someone you’re attracted to – platonically, romantically, or lustfully – whose confidence, whether it be shown in the moment or demonstrated over time, you respect… Daddy, therefore, signifies confidence, drive, and power, and it’s not gender-exclusive… Daddy is about tenacity.”

Tenacity, confidence, drive, and power are also important qualities for a successful pro wrestler, so it shouldn’t be shocking that a lot of wrestlers qualify as daddies. So as WWE asks us to wonder which wrestler is Maria Kanellis’ baby daddy, it seems the perfect time to investigate which wrestlers are WWE’s top daddies, in general, right now. Without further ado, here are, in no particular order, the top ten current daddies of WWE.

Dwayne “The Rock” Johnson achieved mainstream daddy status years ago. He definitely knows it too. When he refers to himself as “daddy” in his Instagram captions and Furious 7 the vibe that he’s not just talking about his own literal fatherhood, though that’s also a key part of his public image, is there. The only reason The Rock doesn’t qualify as one of WWE’s top ten current daddies is because he’s too mainstream-famous now and rarely makes appearances in the wrestling world.

It cannot be emphasized enough how much Becky Lynch has become daddy since she turned on Charlotte Flair at last year’s SummerSlam and changed from everyone’s babyface steampunk sweetheart to The Man. Since she stopped giving any f*cks, she’s started giving off incredible BDE (big daddy energy.) This was even pointed out during the previously mentioned, accursed Kanellis storyline when Maria told Mike that maybe next time she would get Becky to impregnate her. So far, Becky’s most daddy moments have been getting color during the Smackdown women’s invasion of Raw last year and showing up to the blue carpet before the Smackdown premiere on Fox in a suit.

Those things were pretty impressive, but given this is the woman who won two titles in the main event of WrestleMania, I believe she can reach even greater heights of daddy-ness in the future.

Rusev isn’t the father of Maria’s baby, but he has undeniably been a daddy for years, especially since he lost the long hair and especially with his current mustache situation. He hasn’t achieved as much in WWE as a lot of fans would like to see, especially after that period of Rusev Day Mania a while back, but his natural charisma, confidence, and state of being an absolute tank of a man have shone through anyway. Most of his most daddy moments might be out of character and/or on Total Divas, but Rusev is still clearly one of WWE’s top ten.

Andrade is still pretty young and low in the WWE main roster power rankings to be a daddy, but he makes up for it by looking like a movie star, rocking that beard, and having incredible stage presence. What his lack of main roster momentum might detract from his daddyness is more than made up for by the time his real-life girlfriend, Charlotte Flair, tweeted “Stuntin’ Like My Daddy” along with a video of her doing a Spanish Fly, clearly in reference to her papi and not her famous biological father.

Drew Gulak, like all submission master wrestlers, inspires insanely thirsty comments and posts on the internet. Not only his wrestling style, but the fact that he is one of the few wrestlers who it seems like he could hold a stable job in real life, and one where he wears a tie or something, has locked down his daddy status for a while now. Since he became Cruiserweight Champion, his hair/beard and the aura of dominance he has projected have only amplified that status and made him a shoe-in for the top ten daddies of WWE.

Roman Reigns was another obvious pick for this list just based on the amount of times that I, a person who likes to keep up with what’s going on in the fangirl portion of the wrestling internet, have seen people call him daddy over the past six years or so. Besides the obvious reasons for this like Reigns being very good-looking, having flattering facial hair, and having kind of a deep voice, Reigns has also earned his spot on this list by showing confidence not just in the ring, but as a controversial public figure. The entire time his mega-push was audibly rejected, mostly by other adult men, he never once freaked out online and generally acting very professional.

Remember that time he was booed like crazy for the entire opening segment of Raw after (temporarily) retiring the Undertaker and then said one sentence, dropped the mic, and left? This was not only a surreal moment of live television, but also one that displayed all the qualities that have made Reigns an obvious WWE daddy for the better part of a decade.

A much more recent addition to WWE’s pantheon on daddies is Arturo Ruas, who lost to Pete Dunne on the WWE Network half of the first episode of NXT to partially air on USA. Though Ruas was clearly enhancement talent in this match, the Brazilian athlete still looked cool and unique as he showed off a wrestling style influenced by his long history in combat sports.

If he doesn’t show up in NXT for a while or stays a jobber forever he will probably fall out of the top ten, but right now, from the strength of that appearance alone, Ruas is one of WWE’s most daddy.

In the NXT across the pond, Kay Lee Ray is about as daddy as they come. Her attitude and grizzled young vet status actually made her seem almost too daddy to be signed to WWE. Would the guy who has grown adults calling him NXT Dad be willing to do one of his signature pointing pictureswith a woman in her twenties who is already way more daddy than him? The answer turned out to be yes. Ray is now killing it in the WWE Universe like she had been on the indies for about a decade prior and has made the NXT UK Women’s Championship the most daddy of the brand (Sorry, Walter).

The inaugural NXT UK Women’s Champion, Rhea Ripley, took several levels in badass when she showed up for the second Mae Young Classic with a new attitude, an alternative lifestyle haircut, and a whole lot of mesh and the sports-friendly version of pleather. Her impressive muslces also made her one of the top wrestlers who people on social media declared they wanted to choke them, step on them, et cetera, almost overnight. Since MYC2, Ripley has been one of WWE’s top daddies and it doesn’t look like she’ll be demoted anytime soon.

He’s a daddy if anyone has ever been one.

Samoa Joe is so obviously daddy that his inclusion on this list really needs no explanation. With his veteran status, aura of confidence and power, and combination of promo skills with a voice that would allow him to immediately dominate the field of wannabe Christian Grays on TikTok, Joe is one of WWE’s most classic daddy types. He even inspired organic “Who’s your daddy?” chants during his match with AJ Styles at SummerSlam 2018 and for at least half of that feud seemed like he would be a better patriarch for the Styles family than AJ. It really doesn’t get more much daddy than Samoa Joe in WWE right now. This list is in no particular order, but if it was ranked, he would probably be number one.