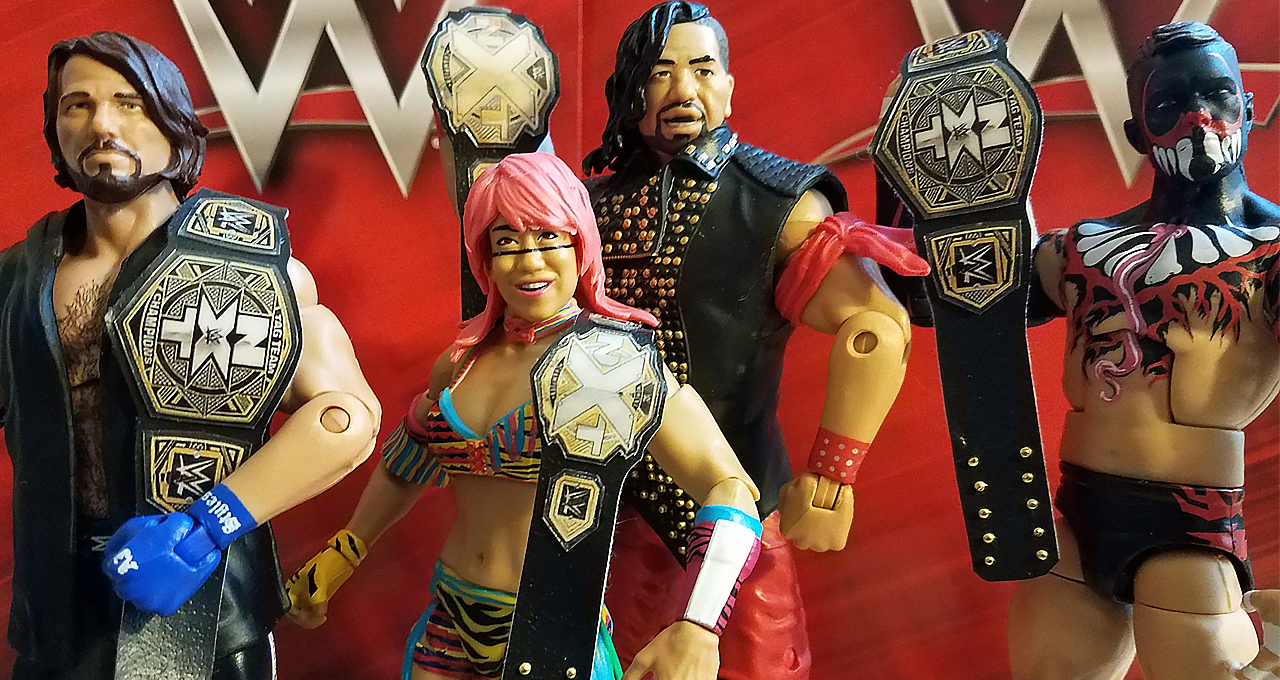 Is there one smell that you associate with your childhood? One smell that instantly takes you back? Ah, the feeling of a clear plastic bubble and a glued cardboard card back. There was nothing like peeling off the card back to free a brand-new WWE action figure I bought at the store. Back to that smell — the smell of a brand-new figure. There was something about that new plastic smell. Even today, whenever I buy a new figure, that smell takes me back.

All of that nostalgic dopamine got me thinking… What wrestling figures were the best, though? No, not just from a smell standpoint (that’d be a whole different list), but one that demonstrates a broad range. Whether it was Jakks, LJN, Toybiz, or even the current-day Mattel line, there are so many great wrestling action figures. But with any good thing in life there has to be an associated ranking by someone on the internet. And yours truly gets that distinct honor to populate said ranking.

Like my other top seven lists, I’ll be ranking these in order from seventh to first. For this list though, I’m judging figures based on what I personally enjoyed while growing up. But you can trust me dear reader. As a kid who frequented garage sales, I had at least one figure from nearly every wrestling figure line in history!

Growing up I always had this very odd Raven action figure in my toy bin. I never knew exactly where the figure came from. I never knew who got it for me either, and I never even knew when I got it — but I knew it was sweet. As I got older, and was able to do what any kid growing up would do with internet access, I looked up this random Raven figure and found out it belonged to the original ECW line of figs produced by Original San Francisco Toymakers.

That one Raven figure, along with the Rise and Fall of ECW DVD that I nearly broke a DVD player by rewatching it so much, caused me to become addicted to finding these ECW figures. Why were these figures so good? To me, that ECW roster at the time was one of the best, and the fact that so many were given figures was just too sweet.

Steve Corino was always one of my favorite pro wrestlers in history, and ironically enough, this ECW OSFTM line featured one of his only action figures ever made! Okay, maybe that’s just a biased choice as to why this line is on my list, but it was insanely good from top to bottom. Besides, any figure line that brings New Jack to my collection gets two thumbs up in my book.

I know that I’m going to get a lot of flack for this one, but let me explain before the pitchforks come out! When I was in my last year of elementary school, Micro Aggression figures became one of the biggest things school. Think about that one thing you would trade at school; Pokemon cards, Beyblades, Digimon cards, etc. For me, that trade currency was the WWE Micro Aggression line.

Not only were the figures small enough to bring to school, but they were also pretty cheap at the time for a three pack. The line also had so many superstars included in the series! From Jeff Hardy to Domino, and all the way to Hulk Hogan, you had nearly everyone on the roster at the time.

One of my favorite things about the Micro Aggression line was the customizing ability. Each figure could easy be popped apart. That’s right, you could remove each figure’s head, left arm, right arm, body, pelvis, left leg, and right leg. Meaning you could make a plethora of custom characters! A group of us at school decided to make a whole federation out of customs and would run wrestling cards during recess. Because of times like that, I’ll never look down on these figures no matter what the majority of collectors may think about them.

I first discovered TNA Wrestling after hearing that Jeff Hardy was in a new company back in 2004, and I fell absolutely in love with the X-Division. I learned about so many new wrestling styles because TNA, so the only natural thing to do was to buy each and every figure made in the line!

I remember vividly going to Toys ‘R Us with my Dad one year for my birthday, and as we walked down the aisle to go to the WWE figures, I noticed out of the corner of my eye the TNA logo. I quickly ran down the aisle to see a majestic wall of new wrestling figures, and then the holy grail — the six-sided ring playset. I had to get it!

That six-sided ring got so much use, I’d play with that thing all the time. Not only was the ring sweet, but these new figures were also so much different when compared to the WWE figures at the time. They were slimmer, smaller, and sleeker. The articulation on these figures ruled, but one small pain was that their scale didn’t line up to the WWE figures which was a bummer.

For many, the Classic Superstars line released by Jakks Pacific is the holy grail — and it’s hard to deny that. These figures were made in the Ruthless Aggression style, and so many legends appeared in this line.

The line was so popular at the time with older collectors and gave them exactly what they were looking for; older characters, older looks, and again, a big ol’ dose of nostalgia. One of my personal favorite things from this line of action figures had to be the extremely cool exclusive figures!

One exclusive Classic Superstar figure that directly comes to mind is the Rowdy Roddy Piper one out of one hundred figure. That’s right. ONE out of one hundred. Only one hundred of these figures were made, and the boxing gloves on the figure were always so cool to me! I never personally owned this figure, but I always wished that I did.

Another exclusive was a figure that was released in black and white. Billy Graham’s one out of three thousand exclusive black and white figure has some of the coolest paint deco I’ve ever seen on an action figure. It just was so unique and different that it stood out for all the best reasons — much like this entire line.

Those eyes! Those super white eyes with the smallest pupils possible. God, it still gives me nightmares. Yes, I’m talking about Marc Mero’s Bone-Crunching Action figure. The rest of the BCA figures were sick though! They covered so much of the WWF too, as they started in 1996 and lasted well into 2003.

Outside of the Ruthless Aggression era of figures, most of the characters in my toy box came from this line. Almost everyone from the Attitude Era got a figure!

For some reason, I’ve held onto my Jeff Jarrett BCA figure throughout the years (with his “Don’t Tick Me Off!” shirt still intact as well). These figures hold a special place in my heart, as they were the first line that I started a fed with.

One of my favorite things about the BCA line has to be the addition of multiple box sets. I remember a King of the Iron Rungs box set that featured Stone Cold, Bret Hart, Ahmed Johnson, and a referee that I bought at a pawn shop. The ladder accessory from that box set always made me laugh because it was so poorly made.

I couldn’t write this list without featuring the current WWE action figure line, could I? This era of WWE has some of my favorite wrestlers of all time, and the action figures are so detailed and rad. I remember when Mattel took over the license from Jakks, and the series one wave hit Toys ‘R Us. The scale feature of the figures blew me away!

For starters, FINALLY Rey Mysterio was the correct height. That blew my mind! The line did have its fair share of controversy from the jump, though…

Jeff Hardy was slated to be in the very first Elite lineup, but after Jeff left the WWE his figure was canceled (but was featured in different markets outside of the U.S.). It was a figure that I never owned but always wanted.

Some of the line’s more recent releases have grabbed my attention (and money). I just purchased Ali’s Elite Series 69 figure, and I’m absolutely in love with the detail. Ali’s figure is a part of the new “Chase” set, where they’ll drop two attires making one a bit harder to find.

If you name a superstar from the year 2002 through 2009, they more than likely have a Ruthless Aggression-style action figure. These figures will always be my favorite. Is that nostalgia talking? Sure.

Regardless, whether it’s the memory of me buying my first-ever figure online for my birthday (which was CM Punk’s debut action figure), or actually burying one of my Undertaker figures in my old backyard (Oh wait, I never dug him back up!), these toys ruled so hard!

The playability of the line was my absolute favorite thing. I spent a countless amount of hours watching wrestling while playing with these. I also remember the thrill of the hunt for these figs. Do you remember Hornswoggle’s debut figure? The big pop I had when I found him at Wal-Mart still brings a smile to my face. 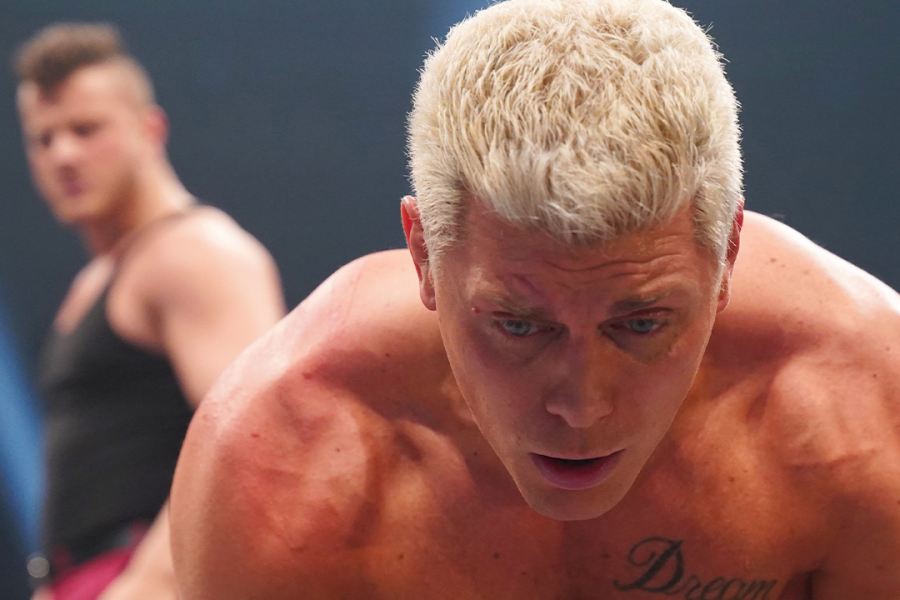