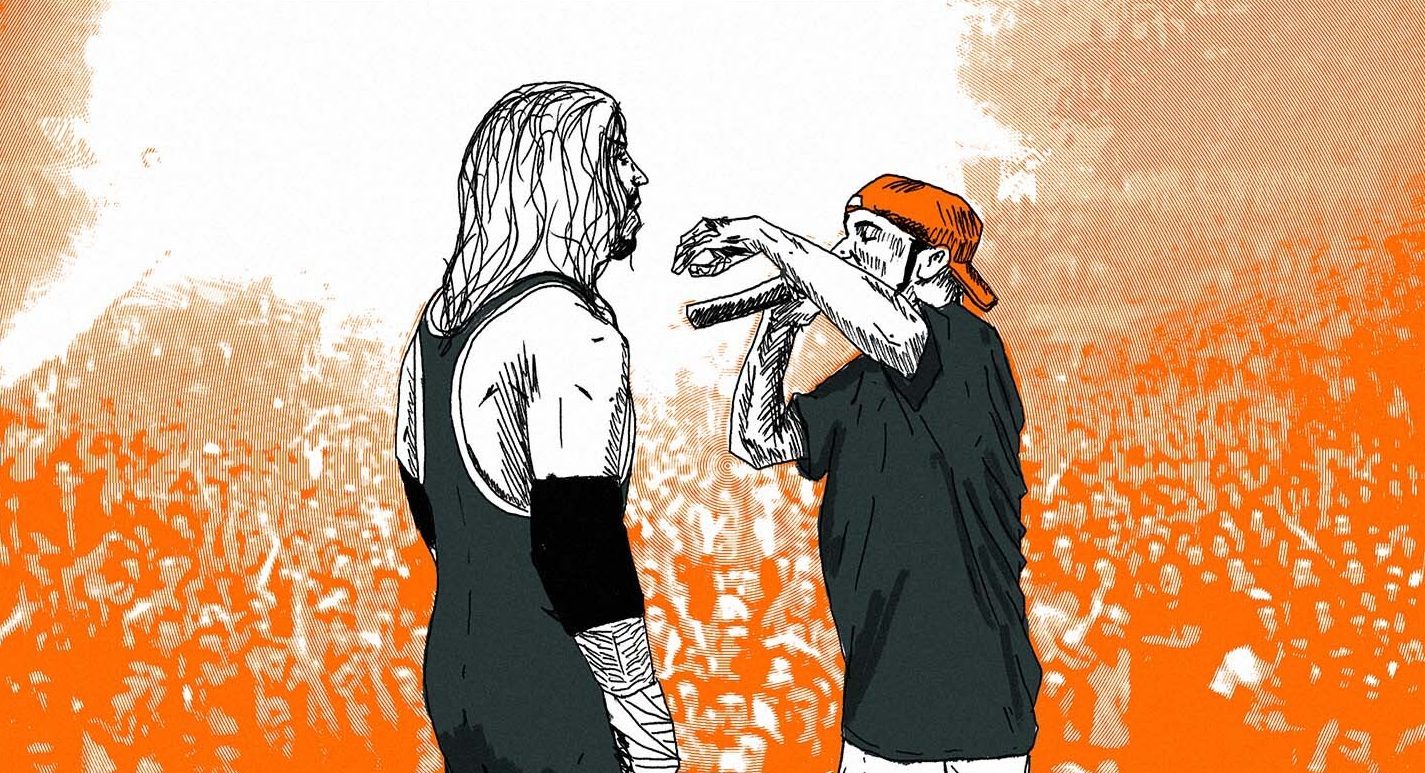 ECW on TNN makes headlines in 1999 as Steve Corino invades a Limp Bizkit concert to confront Fred Durst. Limp Bizkit is playing too loud as Corino tries to prepare for his match and The King Of Old School has some choice words for Limp Bizkit & fans of their music. VICE is back with Dark Side of the Ring with a new episode chronicling the infamous PLANE RIDE FROM HELL. Adam Cole has his first match in AEW against Frankie Kazarian in a singles match on AEW Dynamite then afterwards explains his plans in AEW for the new future. Fuego Del Sol last week on Dynamite said that he is willing to put up his newly acquired CAR as an offering to Miro to get one more shot at the TNT Championship on AEW Rampage and Miro accepts. This week on Rampage, Miro vs Fuego Del Sol happens with a little run in at the end by Sammy Guevara who lets it be known – Sammy, Sammy, Sammy wants a shot at the TNT Champion.