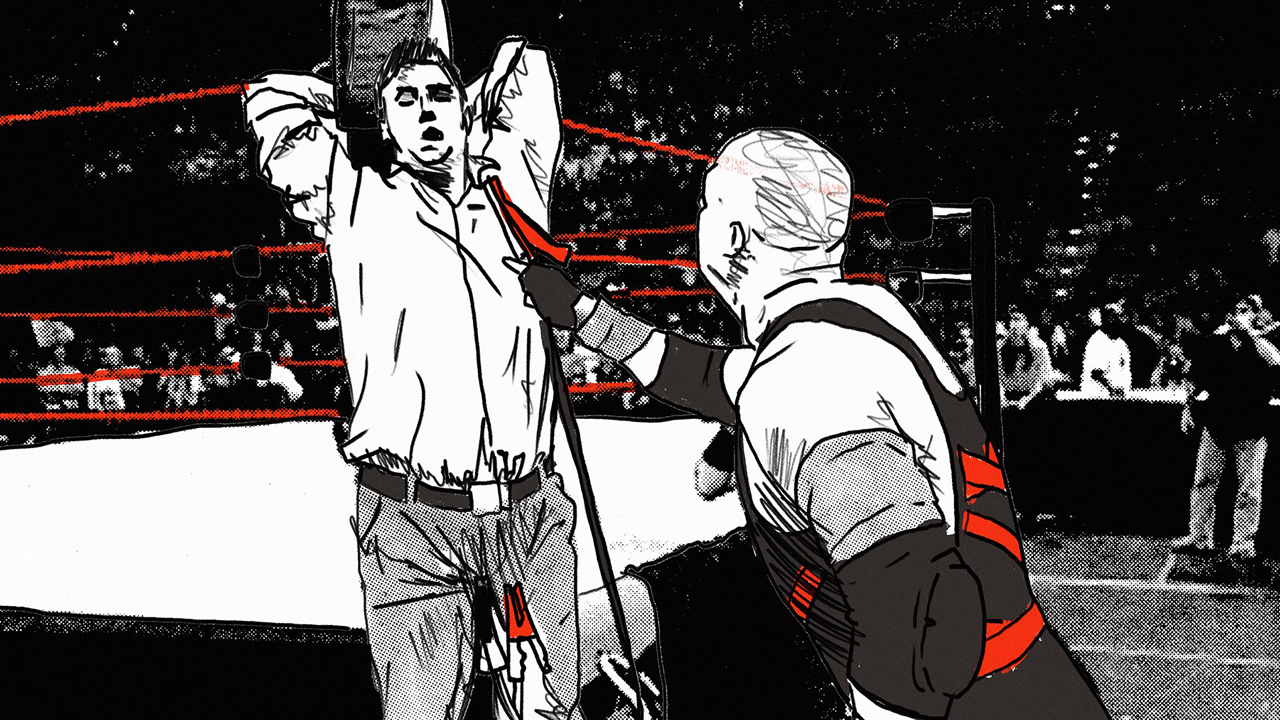 Episode 154by DEADLOCK6 months ago

In the Summer of 2003 Kane was forced to take off his mask. Doing so showed off his hideous grotesque face! After Kane delivered a Tombstone to Linda McMahon, Shane McMahon was hell bent on destroying Kane. The previous week featured Shane McMahon kicking Kane into a fiery dumpster! This should have been the end for the Big Red Machine, but it wasn’t. Everyone, including his own father Vince McMahon, told Shane to go home because Kane still might come after Shane. Not only did he not leave the arena, but he came out to the ring to call out Kane. Kane was here. He brought out a car battery and hooked it up to Shane McMahon and shocked his testicles. Speaking of Testicles, Test was trying to get back with Stacy Keilber after their relationship went sour. As the match went on we knew that Test never changed and Scott Steiner tried to make the save. Stone Cold Steve Austin destroyed Chris Jericho’s Highlight Reel set. In the main event, Goldberg teamed with Shawn Michaels and Maven to take on Evolution.