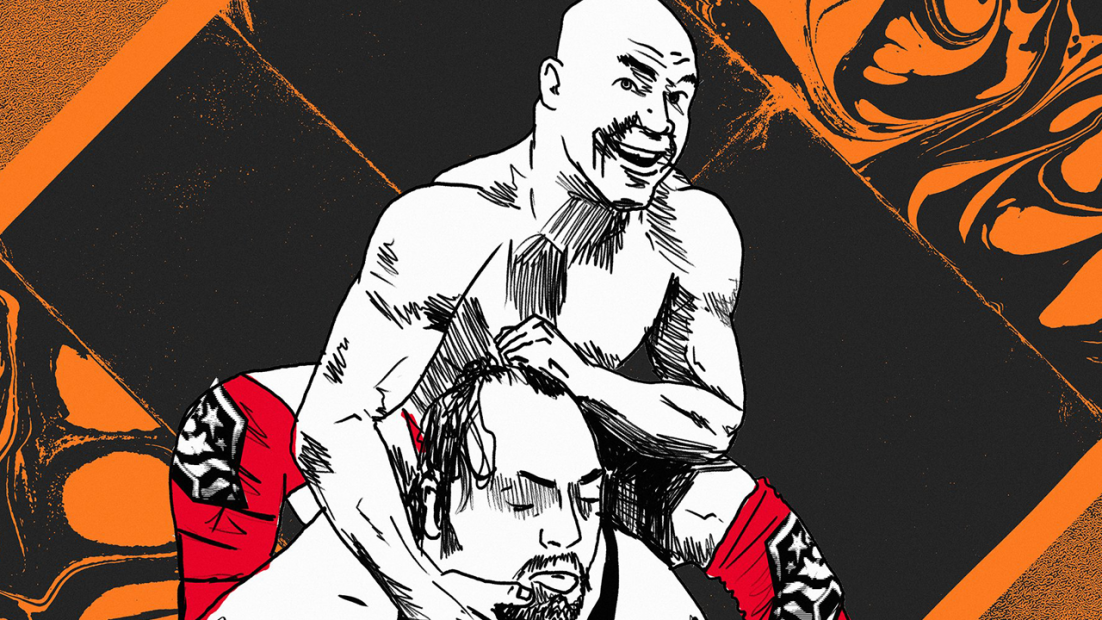 Episode 163by DEADLOCK2 months ago

The year is 2004 and it’s the 5th Anniversary of WWE SmackDown! Kurt Angle has been dealing with The Big Show for a long time as he was thrown off the balcony and put out of action. Angle tells us himself that tonight we will see a moment that will live on forever in the history of WWE SmackDown! To get his revenge on The Big Show, Angle decides that he is going to shoot him! Angle pulls a Tranquilizer gun out, pulls the trigger and shoots Big Show in the back. He then pulls out the biggest scissors ever along with clippers and proceeds to shave the giants head! The boys get to finally talk about the infamous Heidenreich Michael Cole segment where he “reads Michael Cole poetry.” Billy Kidman is scared that he is going to hurt someone so he refuses to do the Shooting Star Press. Another featured moment is the School Girl Match with a twist. Plus, the best theme songs of Hulk Hogan!