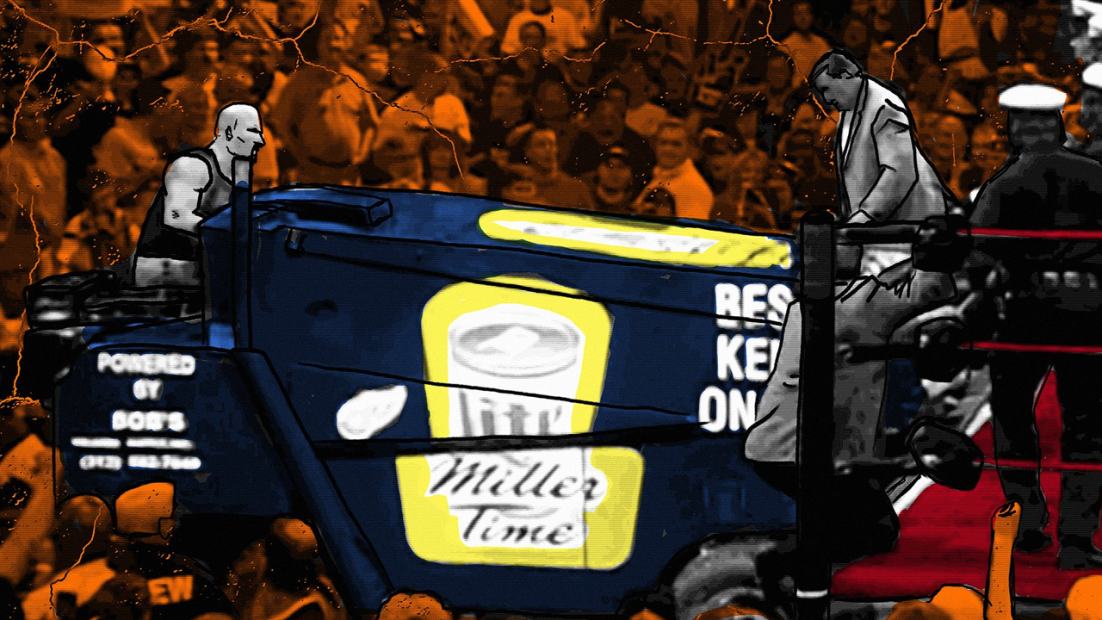 Episode 162by DEADLOCK2 months ago

The very same night that WCW was having Bret Hart vs Hulk Hogan, we got an all timer Stone Cold Steve Austin segment on WWF Monday Night RAW IS WAR! WWF Breakdown just happened and the main event saw Stone Cold vs Kane vs The Undertaker for the WWF Championship. The Undertaker and Kane were barred from pinning each other. If anyone had interfered on Austin’s behalf, Austin would have immediately been stripped of the title. Kane and The Undertaker both pinned Stone Cold Steve Austin so the WWF title was held up. On this episode of RAW Vince McMahon would hold an in-ring ceremony to award the WWF Championship to either Kane or Taker. However, Stone Cold Steve Austin ruined the entire thing as he drove a Zamboni down to the ring, jumped over the police barricade and attacked Mr. McMahon. Austin ended up going to jail after this, but the night was not over. Mr. McMahon came back to the ring to award either Kane or Taker the WWF Championship. Because they did not protect him from Stone Cold, Vince said they had to fight at WWF Judgment Day 1998 with Stone Cold as special referee. This enraged Kane and Taker who proceeded to break the ankle of the owner of the World Wrestling Federation. D Generation-X is having issues in the group that leads to a fight where Billy Gunn leaves the arena. Owen Hart delivers an Owen Piledriver to Dan Severn in the same style he did it to Stone Cold. This caused Dan Severn to “hurt” his neck. In the main event it is Kane and The Undertaker in a handicapped match vs Ken Shamrock, Mankind, and The Rock. Plus, The DEADLOCK Q&A is back again!