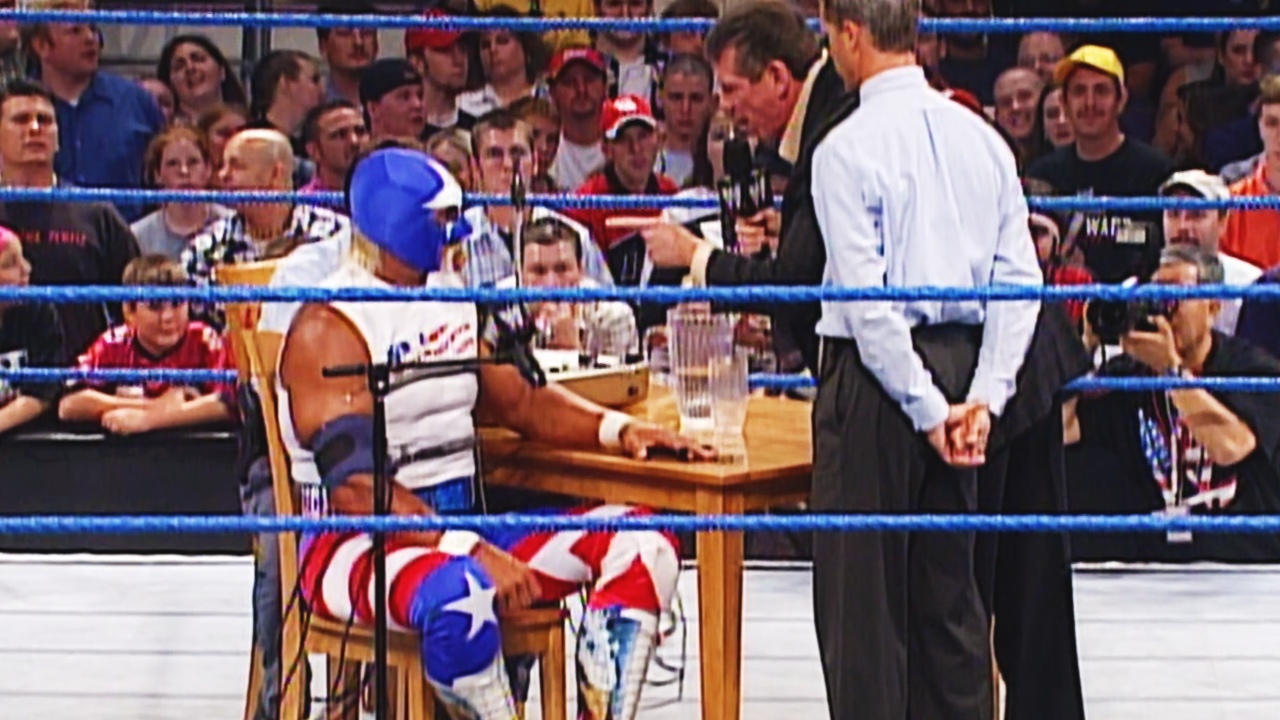 WWE SmackDown has really taken a turn for the better in 2003 as Paul Heyman & co turned the SmackDown Six into a really well rounded show. Hulk Hogan is back as Mr America & is a thorn in Vince McMahon’s shoes. Vince McMahon makes Mr America take a lie detector test to determine if he is really Hulk Hogan or not & it turns into one of the most memorable segments of all time. Vampiro’s new documentary, Nail in the Coffin: The Fall & Rise of Vampiro is out now which goes over his career in WCW and then into his current career working as a producer in Mexico. AEW has a Parking Lot Fight between Proud N Powerful & Best Friends where people bleed & cars get destroyed – it’s awesome!