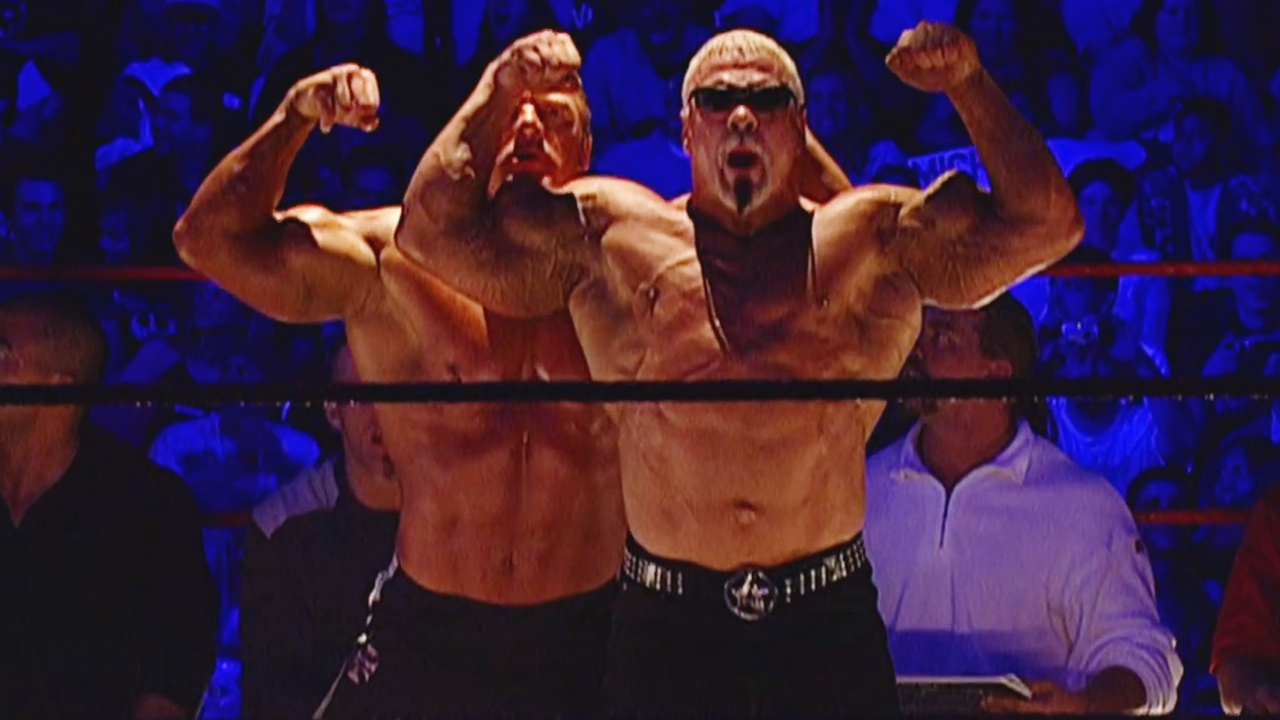 WWE Monday Night Raw back in 2003 was in the middle of the “Eric Bischoff Era” also known as the TNN era. Triple H was running roughshod over Raw as World Heavyweight Champion in the middle of his infamous “reign of terror.” The 2003 Royal Rumble was coming up & HHH needed someone to face so who better than Scott Steiner? HHH & Scott Steiner spent weeks having contests & challenges against each other that include arm wrestling, bench presses, and the ever remembered POSE DOWN CHALLENGE. Also on AEW Dynamite this week, Cody faced Warhorse & Matt Cardona aka Zack Ryder made his AEW debut.