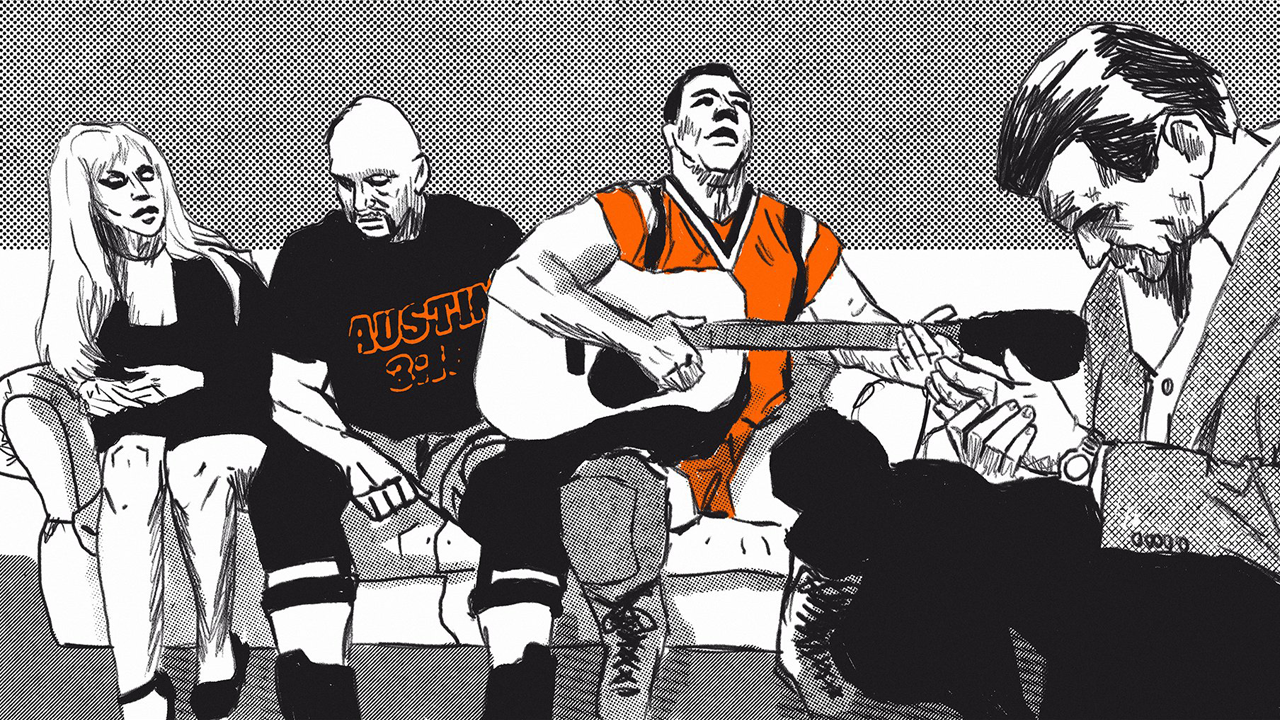 Episode 140by DEADLOCK9 months ago

We are thick into the Invasion in 2001! WCW & ECW have joined forces as The Coalition try to and take over the WWF. Shane McMahon owns WCW, Stephanie McMahon owns ECW, and Paul Heyman wants to help destroy Sports Entertainment! Stone Cold is going to solve all the problems by playing guitar with Kurt Angle in Vince McMahon’s office! Mr. McMahon wants nothing to do with it, instead he wants “The Old Stone Cold” Steve Austin to leave the WWF at Invasion! On AEW Dynamite Sammy Guevara Defends his TNT Championship against Scorpio Sky in a Ladder Match in the main event! Serena Deeb battles Hikaru Shida in a Philly Street Fight, and Rey Fenix returns to AEW to help Penta Oscuro & PAC fight off The House of Black!